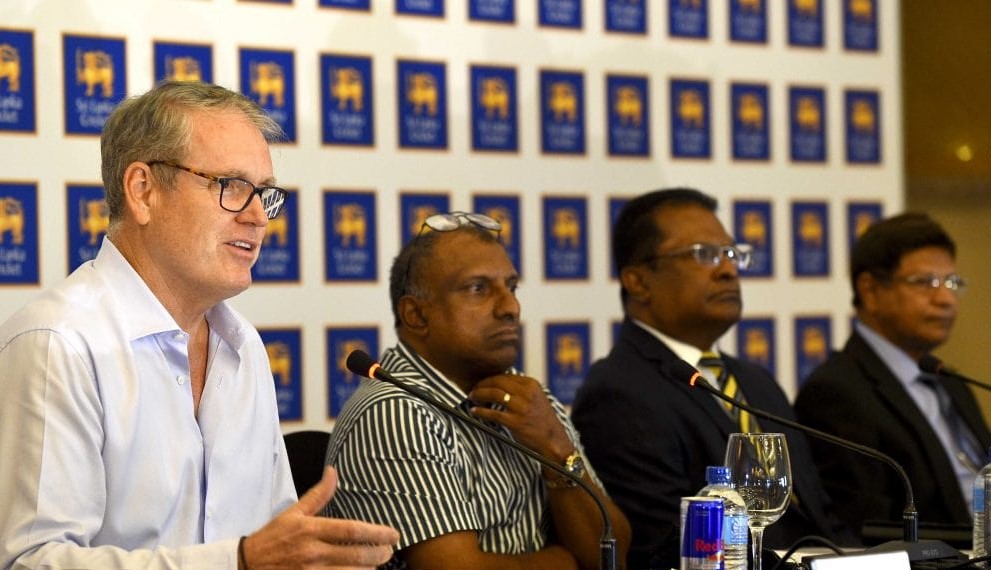 When the ICC in 2017 reduced eligibility requirements to qualify for national selection from five to three years of residency, it provided national cricket boards from high-income countries with an opportunity to entice talent from developing nations.

The Americans, who have obtained full ODI status, are engaged in an aggressive recruitment drive at this very moment, presenting players with a pathway to permanent residency, and later citizenship, in the United States.

This year, both Shehan Jayasuriya and Amila Aponso took up offers to play in USA Cricket’s Minor League and have relocated to the States.

Perhaps because Jayasuriya and Aponso are in their late 20s and weren’t regulars in Sri Lanka’s national squads, their departures did not concern fans, but losing Wanindu Hasaranga and other promising young talent will underscore the importance of competent management at the cricket board and sane policies.

It is extremely unlikely that a majority of professional cricketers in Sri Lanka will reject the chance to migrate to the USA or any developed nation, given the state of Sri Lanka’s economy alone. It would be unreasonable to blame them for such a prudent choice.

And, with T20 leagues mushrooming across the world, there is a surging need for talent. Being tied to a low-paying central contract from SLC will eventually become a hindrance for players, as they would require clearance from SLC to participate in more-lucrative T20 tournaments overseas.

When SLC’s central contracts are unappealing and too rigid, it creates an obstacle to retaining highly-skilled players.

Sri Lanka’s cricket board went from issuing a total of 33 central contracts in the 2018-19 season to 24 contracted players this year. The increase in base wages seen in the previous contract period too have been slashed.

When Sri Lankan cricketers succeed on the field, they do so in spite of a dysfunctional system and inept management. So, when they perform as poorly as they have in recent times, scapegoating the players and attempting to discipline them through punitive measures is pointless and juvenile.

Sri Lanka’s on-field performances have been dismal and that has seen them nosedive in the rankings, but simplistic solutions will not turn things around.

The introduction of a new performance-based points system to award contracts may have had sound intentions behind it, but grading players on “professionalism”, “leadership” and other subjective factors allows bias to contaminate the entire process.

In addition, a punishing new fitness test that requires players to run two kilometres in eight-minutes and 33 seconds in order to be considered for selection was introduced overnight to prevent players nursing injuries from being picked, SLC’s chief selector explained in an interview.

In recent times, Sri Lankan players have suffered hamstring and other muscle injuries mid-series, leading to a focus on players’ fitness. What was required was a thoughtful management of the workload of players prone to hamstring and other muscle-related injuries, not a two-kilometre sprint that prevents key players from being selected and could lead to more injuries for those with a history of muscle tears.

Lasith Malinga, who hasn’t retired from T20Is, recently joked that he could bowl four overs in a T20 game but couldn’t complete the 2km run test or pass the skin-fold test.

Even in his current physical state, Malinga is very likely the best T20 bowler in the country, and qualifying for the T20 World Cup is going to be harder without him.

Meanwhile, Sri Lanka’s cricketers all united to turn down SLC’s new performance-based contracts, which they say lacks transparency and allows for favouritism to impact the process, and they did so even when threatened with suspension on the eve of their departure for the tour of England.

The players have agreed to the pay cut, but are rightly objecting to an unfair grading system that has made an SLC central contract undesirable.

Since the retirements of Kumar Sangakkara and Mahela Jayawardena, coaches have been rapidly hired and fired, captains appointed and sacked in quick succession, and overall team selections have been haphazard and bizarre, which has upended long-terms plans.

When Sri Lanka’s cricketers take the field, they do not even have the peace of mind of knowing that their places in the side are secure. Vital positions in the batting order remain permanently unfilled, with selectors routinely experimenting with the batting line-up.

It won’t be incorrect to say that muddled thinking, impatience, and a lack of foresight from SLC officials all played a significant role in Sri Lanka’s slump. By attaching financial incentives for winning matches, and the introduction of a grading system and fitness tests, are SLC officials implying that the on-field defeats stem from unmotivated and unfit players? Oh, the chutzpah!

Perhaps counting on pressure from public backlash to force the players to cave, SLC officials in recent days leaked to the media details of the new contracts, including specifics of players’ wages. Going by social media sentiment, many Sri Lankan fans bought into SLC’s narrative and believed exorbitant salaries were being paid to undeserving cricketers.

In reality though, with T20 leagues and USA Cricket scouting the globe for talent, SLC’s contracts are more unattractive than ever and cannot prevent an exodus of talent.

Sri Lanka requires competitive contracts to protect their talent pool, or Jayasuriya and Aponso won’t be the last to flee Sri Lanka’s shores.