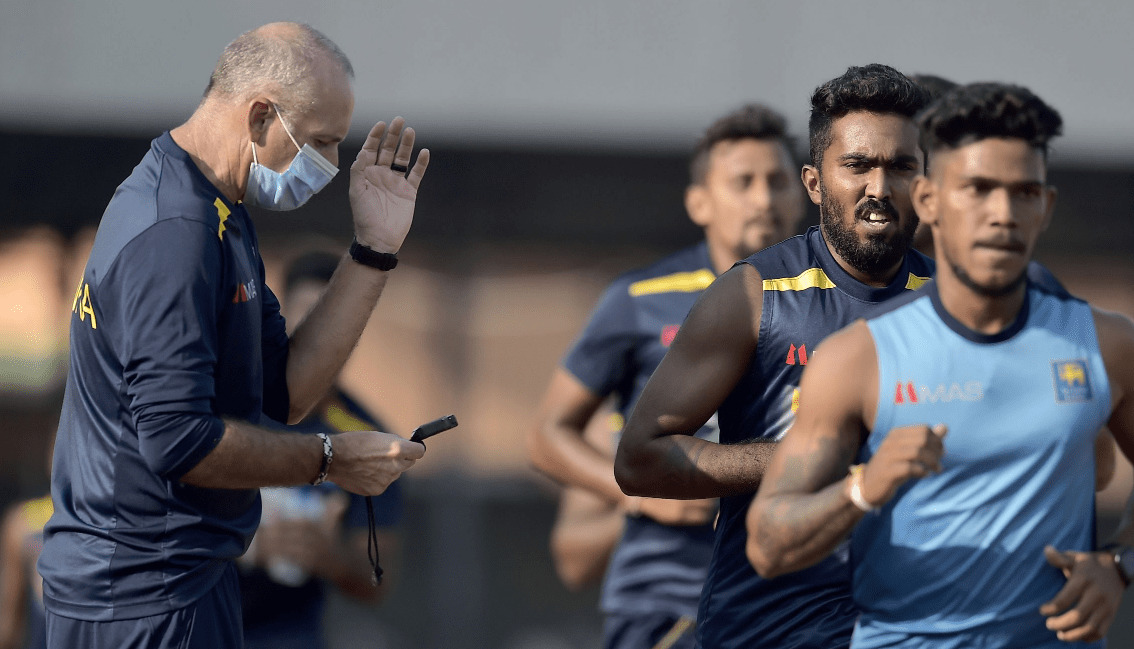 The introduction of a new selection policy requiring Sri Lanka cricketers pass a two-kilometre run test before being considered for selection was introduced to prevent players carrying niggles from being picked, chief selector Pramodya Wickramasinghe has said.

In recent years, a number of players have suffered injuries mid-series and the chairman of selectors believes the new policy will help root out players who are not fully fit.

“In the past we took a squad of players on tour and some of them were only half fit and could not be available for selection,” Wickramasinghe told the Sri Lankan newspaper DailyFT. “To stop this, we have brought in this policy that prior to selection we need to know whether the player is fit enough or not for selection. Taking a player who is not fit and hoping that he will recover and be fit during the tour is a risk.”

Sri Lankan cricketers are now required to complete a two-kilometre sprint in eight minutes and 33 seconds in order to be considered for selection, in addition to possessing a healthy body mass index.

The two-kilometre run test however has turned controversial after several key players, including Dhananjaya de Silva, Kusal Mendis and Danushka Gunathillaka, failed the test in recent months and could have been sidelined despite not being injured. The three cricketers subsequently were given another opportunity to pass the test and qualify for selection, which they did.

Avishka Fernando, who scored a memorable World Cup century in 2019 to become the third-youngest player to score a World Cup ton, was dropped for the recent tour of Bangladesh after the dashing opener failed the run test.

Meanwhile, Bhanuka Rajapaksa turned to the media to highlight that his omission came from failing a skin-fold test. Rajapaksa too is uninjured and available for selection, if not for Sri Lanka Cricket’s new fitness requirements.

Sri Lanka’s legendary fast bowler Lasith Malinga opined on the new fitness tests, adding that he believes the players should have been given advance notice to prepare for the tests before they were introduced.

Sri Lanka are currently in the midst of an overhaul, which has seen a new skipper appointed and senior players axed from the limited-overs squad, in order to prepare for the 2023 World Cup.

The island’s cricket board is also embroiled in a contract dispute with the players after newly proposed contracts threaten to slash base wages by nearly half for some players.