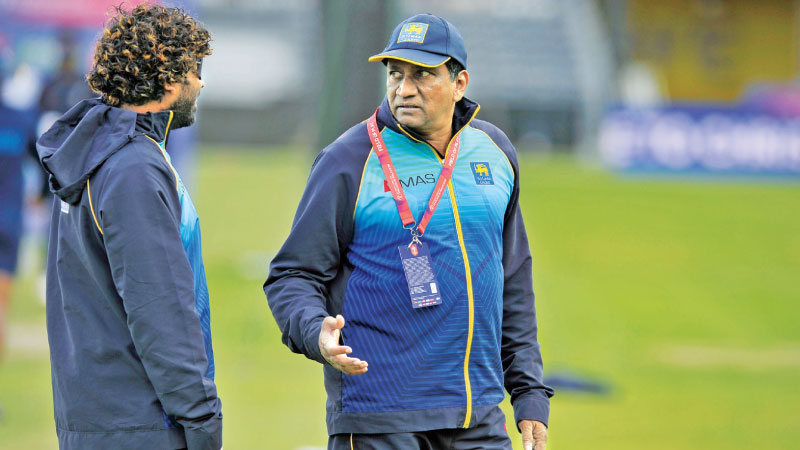 The real issue that should have been addressed during the media  briefing is how the likes of Jeevan Mendis and Milinda Siriwardene made returns  to the World Cup squad having done nothing internationally or domestically. Both  players were burden on the team. Mendis scored 19 runs and picked up no wickets  while Siriwardenen didn’t pick up a wicket and finished with three runs. They  are Sri Lanka’s ‘bits and pieces cricketers’. They can neither bat nor ball.  Least said about their fielding the better it is.

De Mel should have been held responsible for his wrong  selections. He should have been grilled on these odd selections. Did he succumb  to political pressure? The answers will never come out, of course. But at least,  by asking we make sure that the excesses of selectors do not harm the sport in  future.

Spare a thought for players like Niroshan Dickwella, Dinesh  Chandimal and Dasun Shanaka, who have been wronged by this selection panel. It’s  a dream for a player to feature in a World Cup. All three mentioned above have  had their moments in international cricket unlike the likes of Jeevan Mendis and  Milinda Siriwardene. Dickwella has been the brightest young talent to come  through Sri Lankan ranks in the last three years. Chandimal had broken Arjuna  Ranatunga’s long standing record for the fastest half-century in World Cups in  the last edition of the tournament while Dasun Shanka would have given much  needed impetus to the innings during the death overs.

We Sri Lankans seem to be making fun of England’s composition  calling them a Commonwealth XI. They are  a diverse side true comprising   players born in South Africa, Barbados, New Zealand and of course players of  Pakistan origin. But let’s appreciate England’s willingness to accommodate  players of different ethnicities and regions and then put up a vibrant team.  Talent wins players spots in England while politics wins players spots in Sri  Lanka.