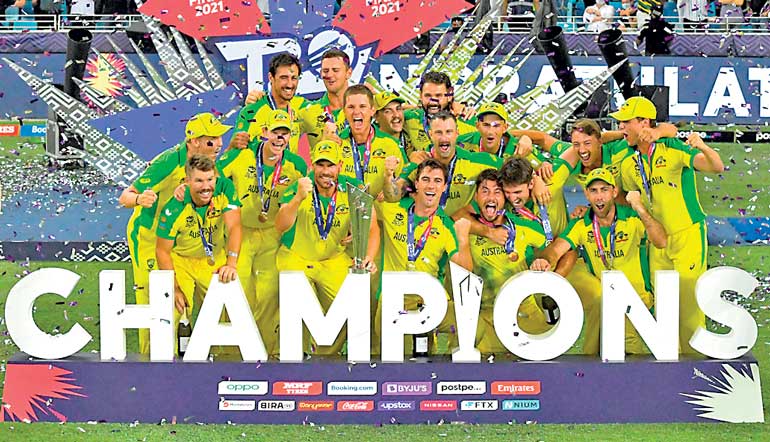 DUBAI (AFP): Australia skipper Aaron Finch won six of his seven tosses on the way to his team’s maiden Twenty20 World Cup trophy and admitted it played a “big part”.

Australia thrashed New Zealand by eight wickets in Dubai after Mitchell Marsh hit an unbeaten 77* to steer the team home to their target of 173 in 18.5 overs.

The flip of the coin weighed heavily in the tournament with teams chasing having a clear advantage due to the night-time dew in the United Arab Emirates.