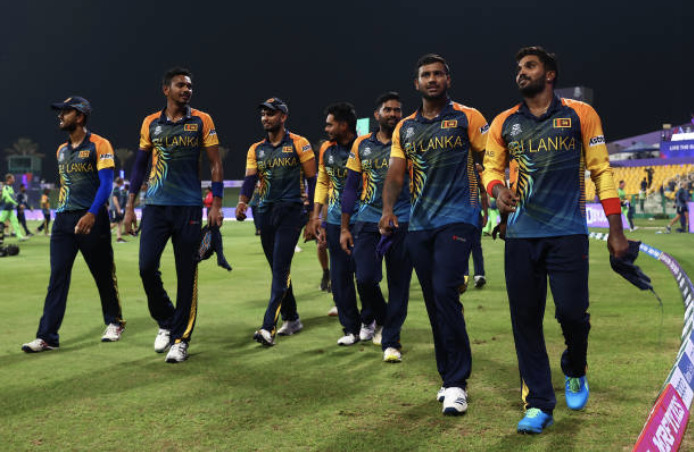 The automatic qualifiers for the Super 12 stage of T20 World Cup 2022 were determined to be the winner and runner-up of the current T20 World Cup, alongside the next six highest ranking teams on the ICC Men’s T20I rankings at the cut-off date of November 15.

Sri Lanka, West Indies, Namibia, and Scotland will start next year’s tournament in the first round.

The current top six teams on the rankings , England, Pakistan, India, New Zealand, South Africa, Australia  have already done enough to ensure they would not slide out of those positions this tournament.

With the loss to Australia West Indies drop to 10th on the rankings, just behind Sri Lanka, with Bangladesh rising to 8th. Alongside Sri Lanka, 2021 Super 12 teams West Indies, Namibia, and Scotland will also start next year’s tournament in the first round.

As of 06th November 2021 Bangladesh and Sri Lanka are ranked 8th and 9th respectively with 232 equal rating points. Unfortunately, Sri Lanka have lost the race to Bangladesh by only a decimal number of points.

Would it make a difference if we had a stronger win against West Indies?  Sri Lanka would definitely make direct entry to the World Cup 2022 ( being ICC ranked 7th or 8th) if Sri Lanka managed to beat South Africa in the Super 12 match. 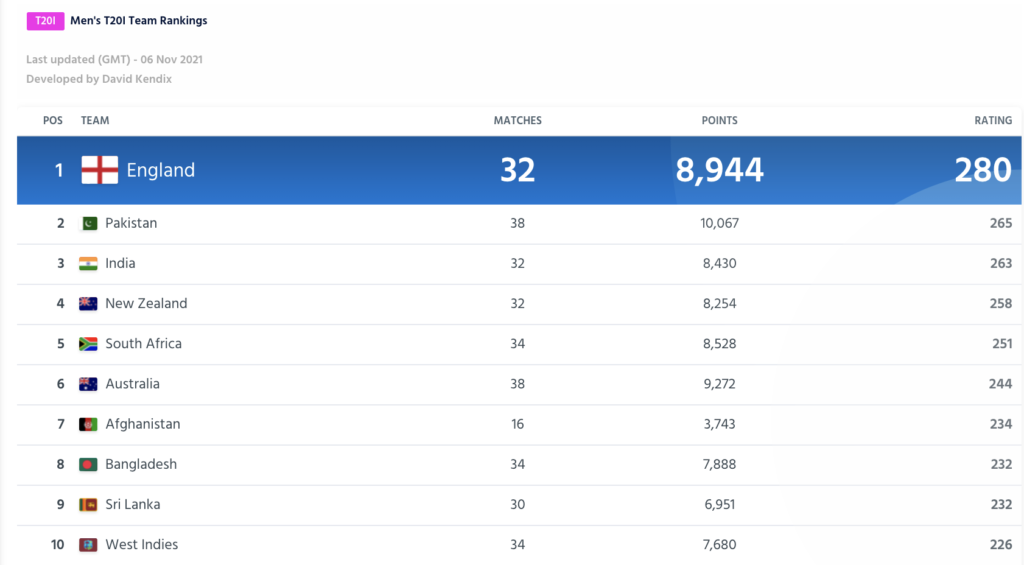 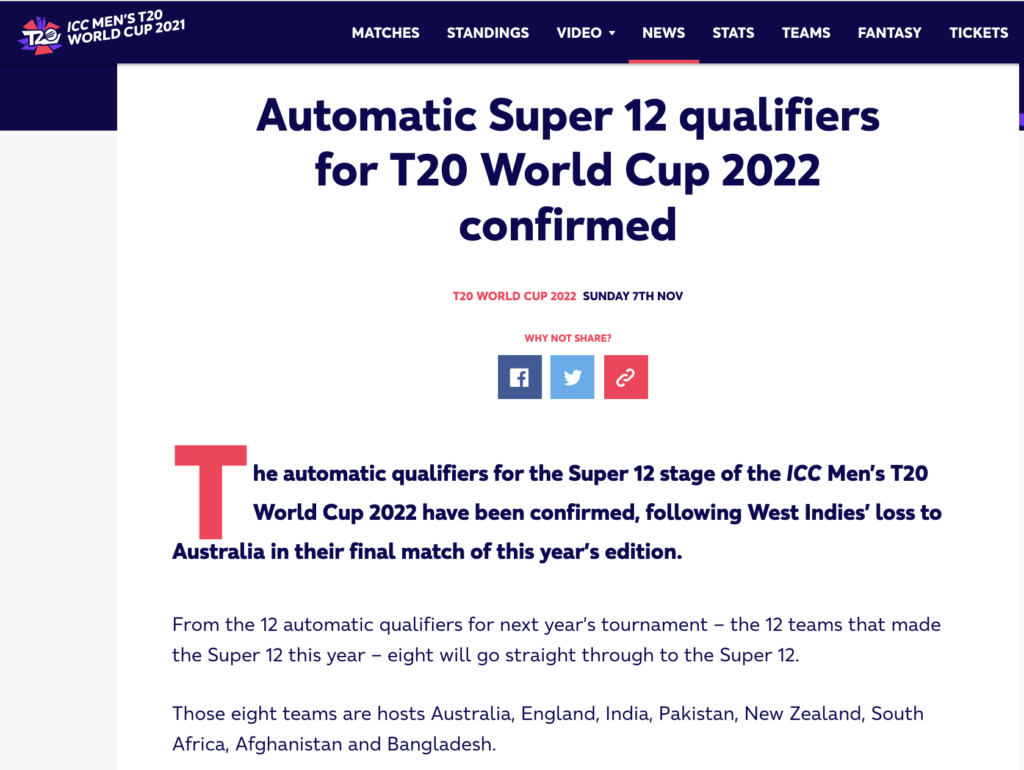