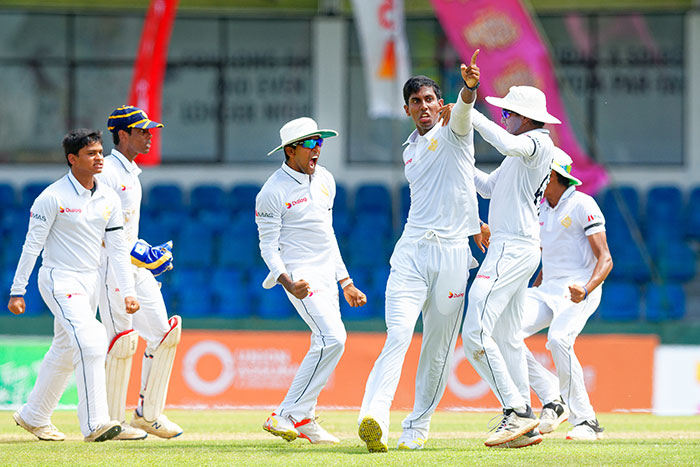 Put into bat first S. Thomas’ lost eight wickets for 35 runs before the ninth wicket pair of Yasiru Rodrigo and Mahith Perera resisted the Royal attack with a dogged stand as they reached 73 for nine wickets at close on day two of the 142nd Battle of the Blues at the SSC ground on Friday.
0
SHARES
ShareTweet