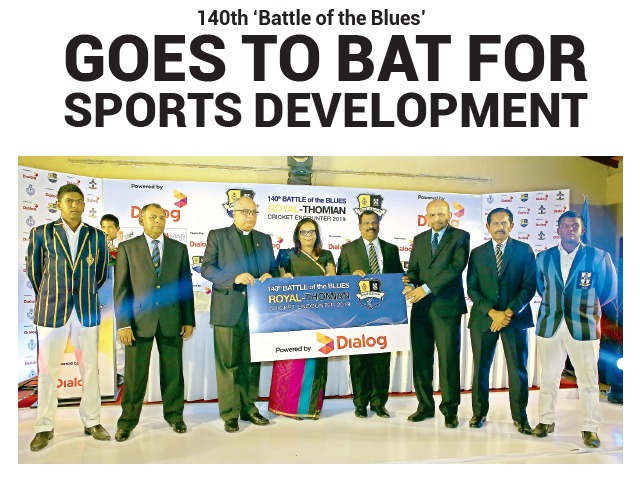 It’s often been claimed that the iconic “Battle of the Blues” – the annual cricket encounter between Royal College, Colombo and S.Thomas’ College, Mt. Lavinia held since 1879 – is the oldest such uninterrupted sporting event in history: matched only by the annual battle of bat versus ball between St. Peter’s College and Prince Alfred College in Adelaide, Australia begun that same year.

However, purists insist that since the 1879 match included masters as well as students it doesn’t count, and that the tradition therefore dates from 1880, making this year’s match the 140th annual Royal-Thomian: still surpassing – in purist vein – even the hallowed Eton-Harrow rivalry begun in 1804, which was interrupted by two world wars.

The next chapter in the rich and colourful history shared and shaped by the boys of Mount and the blokes from Reid Avenue will be written on 7-9 March at the SSC grounds in Colombo.