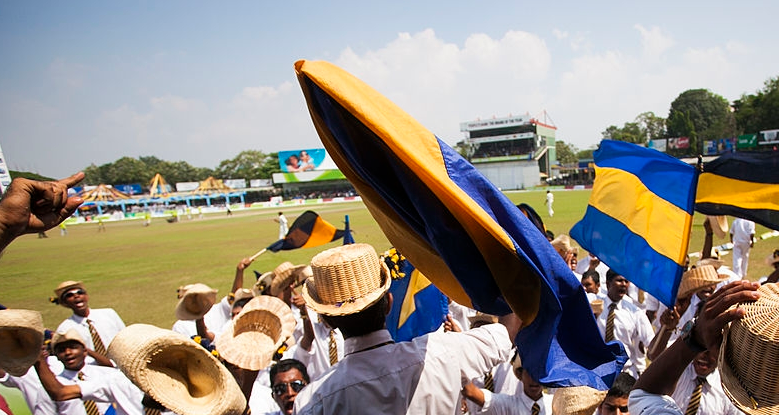 The boys from mount Lavinia wins over the blokes from Reid Avenue after 11 years !!

The last time the Thomians won the big match was in 2007 and after 11 more encounters they were able to taste victory today.

The 140th battle of the blues which started in 1879 is the oldest such uninterrupted sporting event in history: matched only by the annual battle of bat versus ball between St. Peter’s College and Prince Alfred College in Adelaide, Australia begun that same year.

Batting first Royal college made a mere 158 in the first innings. Kalana Perera was the chief destroyer with 6 wickets to his name. In reply the Thomians made a commendable 296 mainly due to their tailenders ; Kalana Perera and Umayanga scored 62 each.

Having a deficit of 138 runs the Reid Avenue boys could manage 259 runs in their 2nd innings, Pasindu Sooriyabandara fought with 67 and this haded over a target of 122 for the Mount Lavinia boys which they achieved with only 3 wickets down. Shalin De Mel top scored with 67 off 55 balls.

The warden of S. Thomas’ College, Rev. Marc Billimoria spoke very confidently in the press conference that the school by the sea will get the trophy back which has been stuck at Reid Avenue for 11 years and it happened today as he wished on 20th February.

It indeed became Kalana Perera’s match. He grabbed 6 wickets in the first innings, 3 in the 2nd innings and Scored a quick fire 62 coming at number 10

Before this encounter Royal College enjoyed a razor-thin edge in the trophy count with 35 wins against the Thomians’ 34 wins, but it became equal with the Thomian victory today and the trophy shifted to the Wardens trophy cabinet at St. Thomas college.