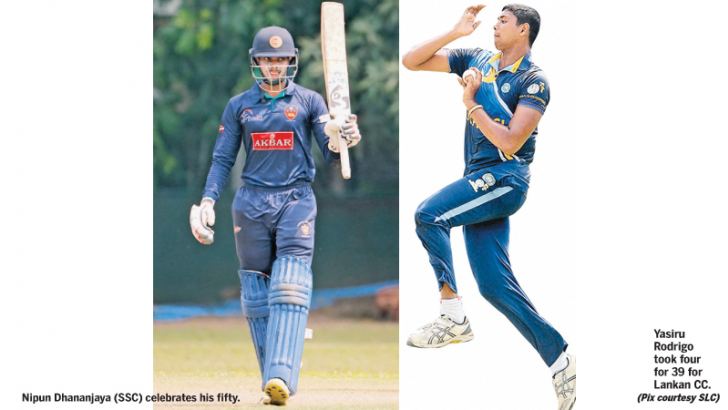 Lankan CC set up a final showdown against the SSC in the SLC Major Clubs Under-23 Cricket Tournament when both teams won their respective semi-final matches in Colombo, yesterday. Lankan CC created a major upset as they defeated Colts CC by three wickets at the P. Sara Oval, while SSC trounced Baduraliya CC by 10 wickets in a one-sided contest at the NCC Grounds in Maitland Place. Colts CC, batting first, were restricted to 189 in 43.1 overs with Dhananjaya Lakshan making a top score of 55.