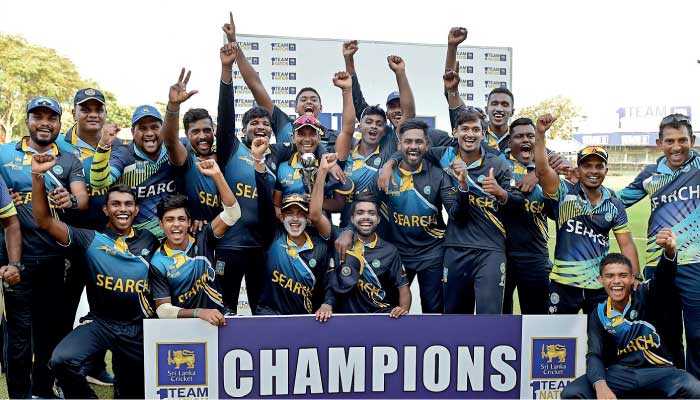 Lankan CC continued their giant-killing spree in the SLC Major Youth Under-23 cricket knockout round when they beat fancied SSC to the title winning the final by 59 runs at the SSC grounds yesterday.

It was one of the few major trophies Lankan CC has won in its 38-year history. They had earlier won the Tier B titles twice to earn promotion to Tier A.