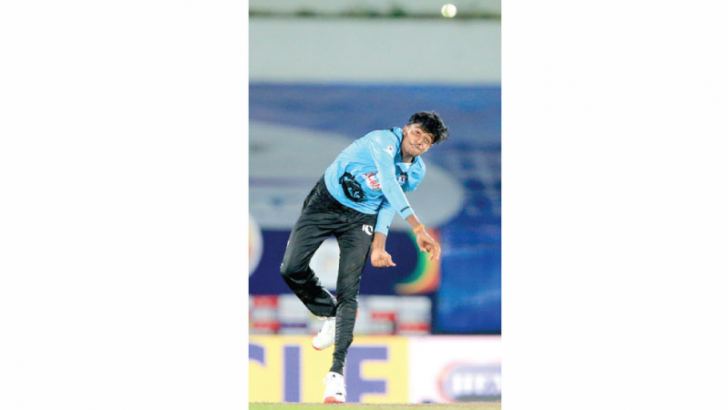 Vijayakanth Viyaskanth was born on 5th December 2001 at Jaffna. He hadhis education at Jaffna Central College in 2007. He started school Cricket in the under 13 age limit as a right hand batsman and right arm medium paceman under junior coach R. Vinod Kumar in 2014. He scored more than 200 runs in the under 13 division III inter school tournament.

He did not play Cricket in 2015. He claimed more than 20 wickets in the under 15 tournament in 2016. He represented the Jaffna district and Northern province under 15 teams in the Prima Champions Trophy inter district and inter provincial tournament conducted by Sri Lanka Cricket in the same year.

He represented the school under 17 teams in the division two tournament in 2017 and 2018 under S. Suresh Mohan, senior coach of his school. Jaffna Central College under 17 team advanced to the quarter final of the tournament in 2017. He scored over 150 runs as a middle order batsman and he claimed more than 50 wickets in the season of 2017.

His best bowling performance was 5 for 25 runs against Galahitiyawa Central College.

He represented the college under 19 team as a fresher in the season of 2017/18. He scored over 300 runs and he claimed more than 20 wickets. He took 9 wickets in the match against St. John’s College Jaffna and was adjudged best bowler and man of the match in the 112th “Battle of the North” annual big match in 2018.