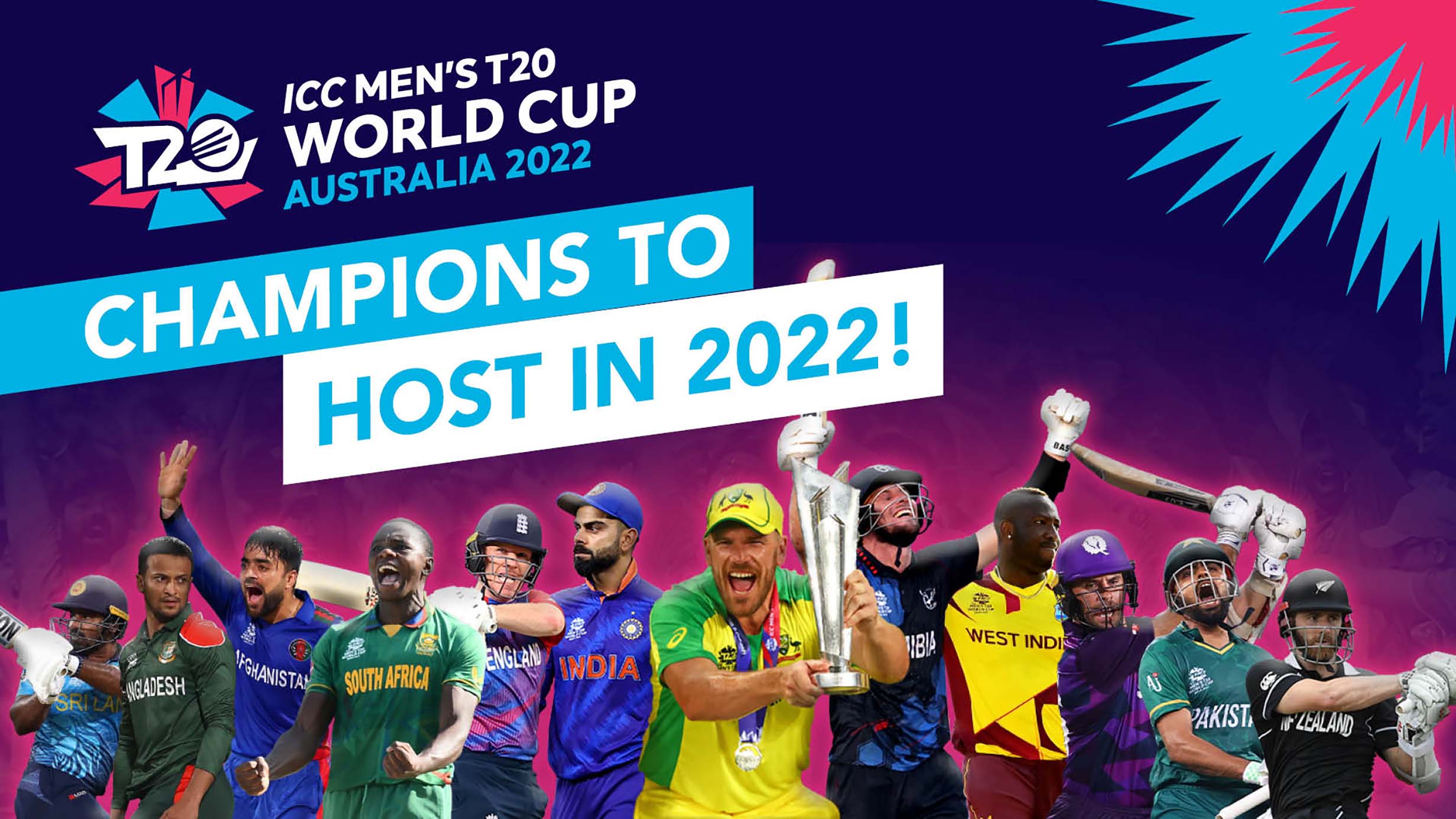 The T20 World Cup will be the biggest global sporting event being held in Australia in 2022, with the world’s best cricketers from 16 international teams competing for the ultimate prize in the game’s most exciting format.

A total of 45 matches will be played across Adelaide, Brisbane, Geelong, Hobart, Melbourne, Perth, and Sydney, ensuring the same national footprint as the postponed 2020 event.

The semi-finals will be played at the SCG and Adelaide Oval on 9 and 10 November, respectively.

Champions Australia and runners-up New Zealand plus England, India, Pakistan, South Africa, Afghanistan and Bangladesh as the next highest ranked teams will gain direct entry into the Super 12 stage of the ICC Men’s T20 World Cup 2022.

Sri Lanka, West Indies, Scotland, and Namibia have qualified but will start the event in the First Round. The four remaining spots at Australia 2022 will be filled via the ongoing qualification pathway, culminating in two global qualifying tournaments in early 2022.[…]