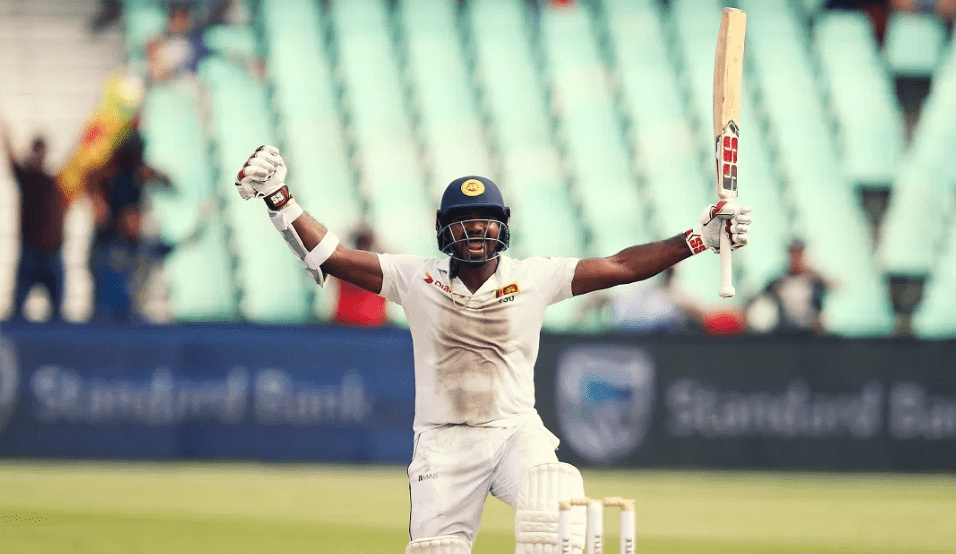 Kusal Perera‘s omission from Sri Lanka’s Test squad for the series against Zimbabwe, which begins on January 19 in Harare, and the few opportunities provided to the hard-hitting Perera since his match-winning century in Durban last year, has prompted Mahela Jayawardene to weigh-in on the matter.

Perera’s innings against South Africa saw Sri Lanka register a famous come-from-behind victory in Durban, with Wisden referring to the win as “one of, if not the, great overseas performances this decade,” and bestowed Perera’s knock against a strong South African pace attack as one of the best Test knocks of the decade.

Sit back, relax and enjoy one the greatest Test innings you'll ever see from a Sri Lankan. 👌

But since his outstanding innings in South Africa last February, Perera did not play any of the three Test matches against Pakistan in December and now finds himself out of the tour of Zimbabwe.

“Wasn’t he the same player who won the test match in Durban single handedly 12 months ago,” former Sri Lanka captain Jayawardene asked on Twitter. “He has only played 3 test matches (5 Innings) since then.”

Wasn’t he the same player who won the test match in Durban single handedly 12 months ago? He has only played 3 test matches (5 Innings) since then.. 🤔🤦‍♂️ https://t.co/gyvMrcEu21

However, Sri Lanka’s chief selector and team manager Ashantha de Mel has explained in a recent interview that Perera “has an issue with his hamstrings where he can’t run around the field as much,” which was a factor in the decision to leave him out of the Test series in Zimbabwe.

The move to drop the 29-year-old from the Test squad came “after consulting with new coach Mickey Arthur, who felt it was better for Kusal to remain in Sri Lanka and train for the white-ball series against West Indies in February, rather than tour Zimbabwe without getting a game,” ESPNCricinfo reported.

Explaining the selection committee’s rationale, de Mel told ESPNCricinfo, “Kusal has an issue with his hamstrings where he can’t run around the field as much. And because Dickwella is the main keeper, we thought there was no point taking another keeper.”

“Yes, Kusal can make 150s, but we needed someone who can occupy the crease, which is why we chose Thirimanne,” he added. “Thirimanne can also bat in the top order or as an opener.”

Thirimanne, who averages 22.64 after 68 Test innings since his Test debut in 2011, found it difficult to find a place in Sri Lanka’s Test squad until de Mel took over as chief selector in late 2018.