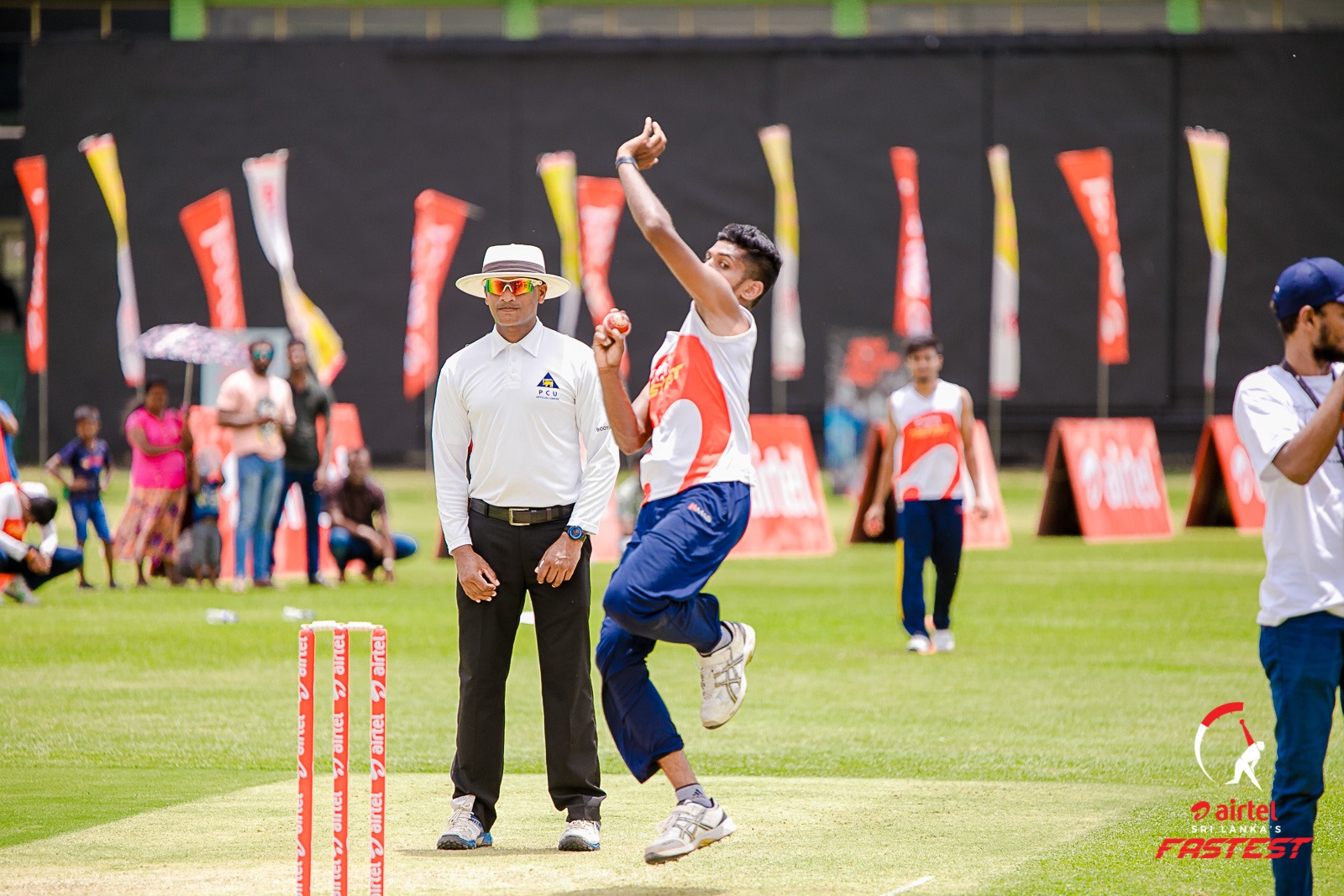 The three best fast bowlers were rewarded at the end of the Airtel Fastest pace bowling program at a ceremony held at the Marino Beach Hotel on September 27.

Eshan Malinga, who competed in the under-19 category set the pace in the entire contest recording a scorching 141 km/h.

Following closely behind was over-19 winner Malindu Shehan who maxed out the speed gun at the finale at 140 km/h, while crowd favourite who has been dubbed ‘the Female Slinga Malinga’ by fans, Shayani Senaratne from Kandy hit a speed of a blazing 104 km/h to take the champion’s title in the Open female category.