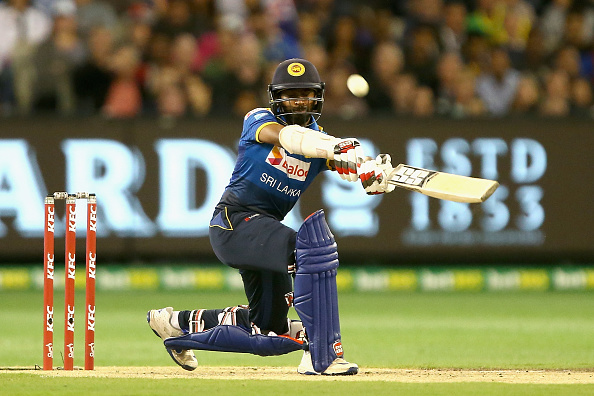 Seeing SL perform like this is really disappointing and sad. No one is putting a fight when one falls everyone else follows. I don’t wanna sound negative but there is no positive in SL perform. Here is my thoughts on some topics.

Dimuth: should this guy even be captain. He had drunk driving incident and SL made him captain wait to go. People might look at scorecard and say he did good. But the truth is he had couple of chances. Even the ball hit the wicket but bails didn’t fall. His batting style is so negative cuz he basically saying I will hang around and u guys attack, which is really putting pressure on the other guy and it’s also difficult do since the opposition has great bowlers. Even today match I haven’t seen kusal go that hard in recent months. I think dimuth approach had a influence and then he got out. Also u can see dimuth trying really hard find single and boundaries but he is unable to do so.

I don’t wanna waste time talking about this too much cuz it’s no use.

The more I see SL without dickwella the more I am convinced dickwella is the future of SL cricket. This guy only failed in SA tour but selectors dropped him for world cup. He is the highest ranked SL ODI batsman. There are players like kusal mendis that never really performed and not even getting dropped for a game.

What I see from SL players in this team is that they semmed be to negative, depressed and serious people. I say this after seeing leaking kusal and lakmal talks, Angelo tweets, player interviews (malinga, kusal mendis and so on), body language in the field. None of the players seemed to be enjoying playing cricket they just wanna play some shots and get out. I don’t see anyone fighting to put a good score on the board. Dimuth was just ride the wave not putting a fight. Angelo thisara malinga they semmed to be putting fake but they semmed depressed and not happy inside.maybe what this team need is depression pills to deal with their current mental state. The body language of players while batting and bowling is really negative no one semmed to be enjoy playing cricket. U got ask what’s point of all this if players aren’t enjoying and fans are not enjoy.

The only person that brought little bit of happiness to this team was dickwella and he is not even in the team. Guy is friendly with everyone and does his stupid jokes. But one thing sure he bring energy and life to the team with his funny and stupid jokes fighting spirit.

I don’t care what happens in this world cup. I don’t think we have chance. However it’s really important what happens after this. SL should look to make dickwella the captain in all formats. I say this because out of the all the players he is the only one that has been able to perform consistently, he has leadership skills, Friendly with everyone, not too serious individual. If u look over his stupid jokes you will see guy is the smartest player in SL team. When he is batting he takes control of the game he is the only guy that I seen constantly communicating with the other batsman.

Unlike others he shows passion, character, not faker he is not shamed to be himself in the middle. I write this about dickwella cuz I  Know SL people and selectors hates this guy. They just waits for him to fail to make fun of him and drop him. I think we should be give more importance to this guy because I think he is the future as a player and a captain.