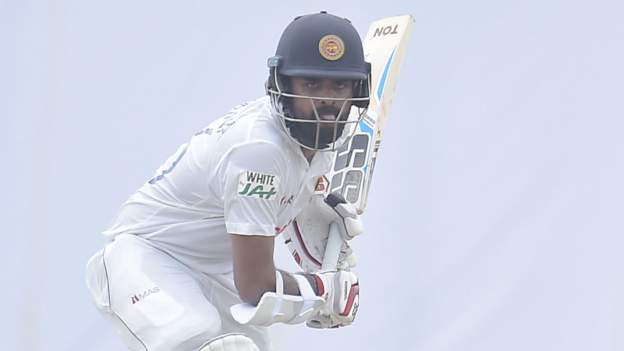 Lahiru Thirimanne’s unbeaten 76 frustrated England as Sri Lanka fought back on the third day of the first Test in Galle.

Sri Lanka, who were bowled out for 135 in the first innings, showed significantly more resilience to reach 156-2 – trailing by 130 – after England had posted 421.

Joe Root progressed to a magnificent fourth Test double century before he was last man out for 228 as England lost their last six wickets for 49 runs.