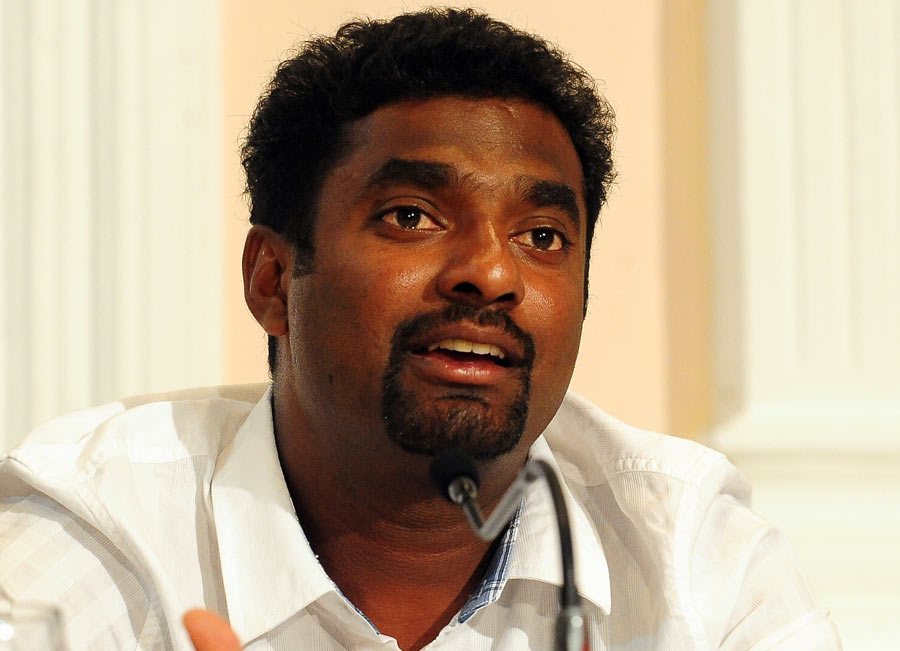 As a prelude to the Australia Test tour of 2007/08 and the first Muralitharan/Warne Test series, columnist Trevor Chesterfield wrote this commissioned item for an Australian sports magazine but for space reasons was not published. It is as relevant today as it was when it was first written.

They tell you in Australia how they plan to stop Muttiah Muralitharan from overhauling Shane Warne’s world Test record of dismissals by a bowler during Sri Lanka’s tour in Australia.

It sounds like a lot of pre-series rhetoric. Kepler Wessels once warned an unsuspecting media before the 1993/94 tour of the Australian habit of ‘baiting’ a player to put him off his game. It’s a cunning ploy that has earned criticism from a lot of people: spectators getting in on the act to help their players get an edge in the psychological game.

Statistically, leg-spinner Warne, the rotund barrel of lard with a wandering eye, has 708 Test wickets and in the last Test series Murali played, against Bangladesh, he did enough to take his haul to 700. That was in Kandy on the last day of the series where Farveez Maharoof gleefully pouched a running catch. None more needed for the little Tamil wizard from Kandy to overhaul the Australian.

It is 12 years since Muralitharan has bowled in a Test series in Australia, slipping the 2004 northern tour because of racial taunts and other factors. A major one is how Sri Lankans view the off-spinner.

At this point there is a need to tread carefully in case they look at the International Cricket Council’s racism code. Australians it is suggested take it for granted that there is a flawed hidden agenda among the squad in every touring side that attempts to poke their heroes in the eye. They don’t like it. Call a spade a shovel or any other name that lacks genuine integrity and the point is taken.

It’s all about Murali’s action that has been cleared by the ICC and it’s biomechanical tests. In fact, certain fast bowlers transgress the 15 degrees limitation; and a whole squad of under19s at the last Youth World Cup were reported being above that limit, including a certain Australian bowler.

It was in 2002 that Adam Gilchrist passed his opinion of how he thought technically Murali didn’t bowl within the rules (sic). Since then Murali was tested and tried and passed all the palaver about arm and elbow and wrist extensions. It was Gilchrist, not the scribe looking for a ‘scoop’ that copped the foul-smelling egg flying over that episode.

Gilchrist’s word were taken at face value and it is so easy to see where the interpretation was as misleading as the fuss made in Sri Lanka over the squash ball episode during the Australian’s highly impressive World Cup final. In addition to this, Murali decided not to tour Australia in 2004. He had enough.

The result was a headline in an Australian paper where it says ‘Cheat Murali sulks at home’.

When questioned during the 2003 CWC in South Africa Gilchrist says what he meant was how Muralitharan’s action defied the technical aspects of the law. Fair enough, but it pays to think before opening your mouth and without clarifying the point. Sports writers or reporters, who do not know the game intimately, or its laws, and whose knowledge skims the surface need to be so careful writing allegations and claims where none are implied neither in this case.

Murali is a proud Tamil and an important cog in the Sri Lanka side, he has also moved on from the biting, bitter Australian verbal abuse and while admitting that Australian batsmen are the toughest to bowl to, it’s a challenge he is prepared to assemble ‘Not so much to break the record, but to help Sri Lanka win’ a Test on this tour.

As Ponting sees it, Australia, as the Test champions, are tough to beat at home.

‘You know, taking those nine wickets to beat Warnie’s record looks to be easy enough for a bowler as cunning as is Murali,’ Ponting said by telephone. ‘The again, it would be better for us if he left after the two Tests still wanting to get the last few wickets.

‘If it works out that way then we would have done a pretty good job, I would say. He (Murali) has made it obvious how over the years Australian batsmen play him better than do any others in the world. We are going to continue to bat that way against him, so he knows what to expect from us.

‘In saying that and in our conditions hopefully we can keep him under wraps,’ he admitted, and added how he thought the Australian crowds would react positively. ‘Under wraps of course depends of how we tackle him. That is the important part of this challenge to ensure he doesn’t break Warnie’s record.’

This of course doesn’t mean that Murali is not going to be targeted. There is a massive Sri Lanka Diaspora in Australia and you can guarantee that they will turn out. Sri Lankans in Australia are known to be vociferous when it comes to criticism of the Sri Lanka team. As on the island, Tamils are a minority and it is as a Tamil that he will be targeted by Singhalese-speaking groups on this tour.

Not that he is worried by the ethnic racism either. You get it in Sri Lanka as well. ‘Where’s the greatest bowler in the world,’ was taunt aimed at him on a day he failed to take a Test wicket.

‘I can’t change anyone’s opinions. They can say whatever they (want to) say,’ he said. ‘What I do is going to make no difference. They have made up their mind. My job anyway is to take wickets and to hopefully help us win a Test this time. I am far more concerned over that than what is said about me. You get comments pass all around the world. I am ready for them.’

The Sri Lanka team is a highly motivated one and that is important. The way Murali sees it, while the nine wickets represents a target, the challenge is to win a Test in Australia for the first time.

Arjuna Ranatunga, a former captain and now seen by many on the island as the biggest weather vane style windbag and tried to talk Murali out if this tour, has been asked not to refrain from further comment. His comments are seen as a harbinger of bad omens. Murali appreciated the advice offered by his former mentor, but on this occasion, it was a matter of ‘Thanks, Arjuna, but no thanks.’ It shows how far removed Arjuna is from the side he once led.

‘This tour,’ says Murali, ‘is the best chance we have of winning a Test in Australia. The bowling attack is the best we have had and that is important. We need to take twenty wickets and that is the important point here. I am highly motivated to play in this series. Winning a Test here is so important.

(Postscript: They didn’t win a Test and are still debating why the Warne-Muralitharan Trophy, in 2007/08, didn’t bring an historic first victory in Hobart. Kumar Sangakkara’s dismissal short of a double century, through a Rudi Koertzen umpiring error of that ranks alongside the Darrel Hair lbw dismissal of Jacques Kallis to give Courtney Walsh his 500th Test wicket in as the blunder of the first decade in the 21st Century. Their target of 507 was always going to be tough and 410 was a brave effort – Murali’s return of two for 230 in the game in 66 overs little reward for his patience).

(For reasons of copyright, permission is required from the author and/or webmaster/editor of islandcricket.lk for publication).