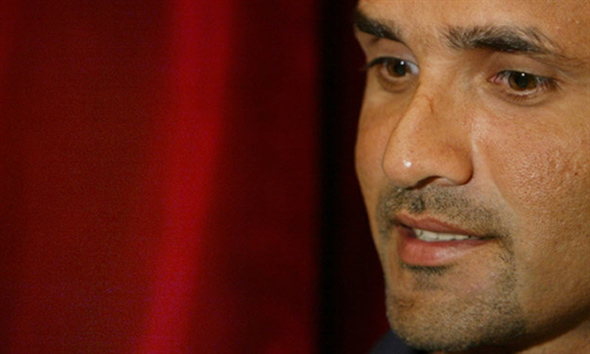 The former Sri Lankan skipper describes the no ball inncident as ‘disgusting’ and believes Dilshan should have been ‘punished more severely’. AFP PHOTO/MANAN VATSYAYANA.

Well now, how will Tillakaratne (Motor-Mouth) Dilshan supporters feel about this turn of events? He has been heavily criticised by a former captain Marvan Atapattu in a Sunday newspaper column headlined “Disgusting” which says it all.

Atapattu explains this by saying how, “The no-ball bowled by Suraj Randiv, could be described in one word: ‘Disgusting’.” How are all those who have all blindly rushed to Dilshan’s defence feel now? A former captain and a fine gentleman and character, stabbed in the back by certain selectors at the 2007 World Cup, then recalled to aid a struggling side months later in Australia, calling a spade by its other name.

“It is not so simply because a youngster bowled such (a delivery),” Atapattu writes. “Remember the younger players look to the seniors for guidance. It is in our (team) culture. It is more evident when the players are on the field. The moment a senior prompts, a youngster would oblige.

“In my book, Dilshan should have been punished more severely, going what I have said. True, Randiv has to take the blame and he will learn to live with it. (But) the team management and players concerned should have gone to the Indian dressing room and apologised.

“There is no point in vacillating, expecting the storm to blow away. It never does, unless remorse is shown (and) one must prove that the lesson was learnt,” Atapattu added. “Discipline should be maintained at all cost. This would make everybody’s life easier.

“(The) captain Kumar Sangakkara would know that the best and would know the entire team would be blamed for the incident. Every player who gets that hundred knows the value of that one run,” Atapattu wrote.

He adds later how it is a lesson that Randiv should not forget and all young players never emulate.

“Disgusting, as I said before, and should never be repeated,” he comments, explaining why he firmly stands on the issue. Being a former captain, he would know the drill and curb the smart aleck attitude of someone such as Angelo Mathews with his appealing style. He goes overboard with his theatrics, just as Thilan Paranavithana and his appealing for catches off the pad.

Blame for the Randiv no-ball fiasco is needs to be pointed at Dilshan and his smirking behaviour at getting away with it as he did. Urging a bowler deliberately to flout the no-ball law as he did leaves the impression that it is a team issue. Sangakkara belatedly attempted to take some responsibility, only by then it was too late. The damage had been done and the sad thing is, the bowler will cop the blame, people forgetting (often conveniently so) who is the real culprit.

Then we have a Neil Perera rambling on about sportsmanship and the Australians using the famous “F . . .” word. Anyone who lives, or has lived in Australia will know it is part of everyday vernacular and not just on the field when Australians are playing.

South African players on the 2005/06 tour of Australia were subjected to all types of abuse by so-called local spectators using a derogatory Afrikaans term that in the apartheid era signified Africans as “K . . . . s”. When Graeme Smith and the management complained, especially Makhaya Ntini, to Cricket South Africa, CSA contacted the ICC and the race code was drawn up.

It is amazing just how myopic people like Neil Perera (a former national team manager) can be. It would be interesting to know what he would have to say about the langue of Australian crowd to Douglas Jardine and the Bodyline series that almost led to Canberra cutting ties in 1933.

There is also another letter in a Colombo daily about “tweaking the rule (sic)” to allow Virender Sehwag to score the missing run for the century. As the law concerned has been part of (Law 21, note 6 – winning hits and extras) of the code of laws since 1980 – 30 years! – what is this trying to prove?

Next he rambles on about “cheating” and how all sides indulge in this form of finesse and how the Australians and (Safs –sic) South Africans are better at it than most. As if to say, they are “schooled” at such behaviour.

Imagine the incredulous look on Protea coach Corrie van Zyl’s face when this was suggested to him at a delayed lunch yesterday (Sunday) when shown the newspaper article. He laughed. His broad accent has been refined over the years and he speaks well, asking the same question the late Bob Woolmer did of a pushy Sri Lankan administrator in 2006 during the Pakistan tour.

“Has this guy actually been to South Africa to make such a claim by writing about it in this letter to a newspaper?” Corrie van Zyl asked. “Has he been to a cricket academy in South Africa and seen this type of thing take place? Or is he another who assumes this is the case because the team is competitive?”

Woolmer was commenting similarly on Dale Steyn who arrived later in 2006 with a team seriously disrupted by injuries. He had shown a feature on Steyn in a Colombo Sunday paper by an Australian writer about the how “Steyn’s aggression and bullying had been missed” and how he had been taught such tactics by Ntini.

“Has this writer been to South Africa to see this type of thing in progress?” Woolmer grinned, shaking his head as he read the story. “The problem is, you people mistake competitiveness and skill with something else. Sure he is fast, but he needs to learn ti be accurate as well. Please . . . Don’t show me such rubbish again. You should be more worried about one of our bowlers, Mohammad Asif than someone still to make his mark at any international level.”

Back to the Randiv/Motor-Mouth Dilshan issue. Writing for the site CricketNext, I said the following and without apology:

“It is called gamesmanship as well and this is not ‘sledging’ but a case of twisting the laws to suit a team that cannot stomach defeat decently and denies a batsman a moment of deserving glory. In the case of the Chappell MCG episode in 1981, it was denying a team a chance to tie the game. In this instance, it can be seen as a vindictive act by people who should know better.”

Letter writers trying to mess with the laws have no idea what the process of formulating the laws, are about. They also fail to understand the demands of editors of newspapers, websites and other media forms of what is newsworthy, and what is not. Sadly, Randiv was caught in the middle of this verbal conflict and suffered while the unprofessional conduct of Dilshan was lightly punished.

As for the particular clause of note six in Law 21, in 1999, during a discussion with Don Oslear, a former county umpire during that World Cup year, and one of the international panel that updated the code for the 21st Century, said that once a side, in a single innings game had passed the total, whether it be a wide or a no-ball that won the game, it should be over.

“I fought hard for that point of law as since this part of the law was first framed (in 1980). We have had cases where batsmen have been allowed to score boundaries to win a match,” he explained when discussion came up in 2002 during a visit to England for research purposes. “It is wrong to fiddle with it as there has been too much deviation and no discipline. This is bad for the game and the result. If a batsman wants those runs, he has to work for them. But once a wide or no ball is bowled it should be the end of the story.”