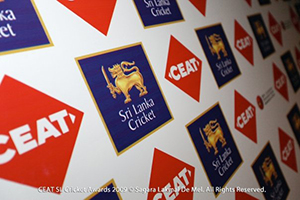 You can hear their caterwauling along Maitland Place and around the Colombo pavilions. Soon certain myopia will set in and criticism of the annual International Cricket Council Awards over ignoring the Sri Lankan claimants.

About the only genuine complaint could be over the choice of Kumar Sangakkara ahead of Mahela Jayawardene in the Test side. Why, the selectors even kept it straight, instead of bowing to sentiment, giving the spinners role in the Test and ODI squads to obvious candidates, ignoring Muttiah Muralitharan.

At least the ICC presentation in Bengaluru (Bangalore) didn’t have the gaffes that the Sri Lankan equivalent, the CEAT awards, had at the pretentious Waters Edge a couple of nights earlier. Apart from the spelling of Tire B (it should have been Tier B), and the mispronunciations of several names by the guy holding the mike who loved to hear his voice, and one of the government ad-hoc interim committee wallahs failing to turn up to present an award, the event was as tawdry as can be expected. As someone suggested, as bad as a cheap Sri Lankan wedding minus the bride with canned music from a distorted sound system.

Local daily newspapers published a montage of photos that gave the impression the ceremony being an event to be remembered when it was an embarrassment. Most award winners smirked and there was a lot of backslapping. Even whispers of who would be winning an ICC award later in the week.

Team of the year, ODI player of the year, Test player of the year, Test XI and ODI XI captain of the year, the T20 player as well as the emerging player; move aside ICC, all the winners were at the Waters Edge. The ad-hoc interim boys were ready to roll out the red carpet. Reality is so different. Like the cartoon of the guy with the hangover, who the night before told a packed bar as he drank his arrack how after taking a hattrick, and his amazing catch to dismiss the opposition’s last batsman, he hit the winning runs with a six. The icepack on the head the next morning tells its own story. Sri Lanka were out of their place and out of their depth in 2009/10.

As it is, rumours of how a certain incident involving a big mouth cheat at Dambulla during the triangular series in August cost Sri Lanka more than the “Spirit of Cricket” award, an inside ICC source suggested it cost the player and the team a lot more. A certain sponsor has also been looking at their promotion of the side with its on-field cheat and it needed a lot of sweet-talking and certain promises of preferential treatment during CWC11, to wipe the ad-hoc boys’ sweaty palms and brow of that growing threat.

It is why the players during the Australian tour will need to perform with a lot more decorum to regain favour with this particular sponsor.

Aravinda de Silva’s selection panel have shown their faith in a side without Chaminda Vaas and Sanath Jayasuriya and it makes a lot of sense, despite some doubt about players such as Thilina Kandamby (on standby for Angelo Mathews), Chamara Silva and Jeevan Mendis and whether they are good enough to tackle the Australians. 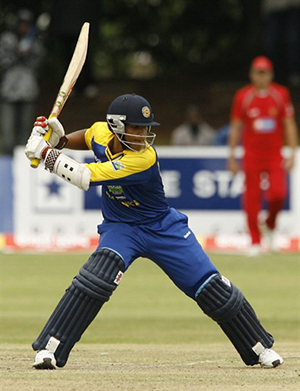 Traditionally, Sri Lanka’s record is poor in Australia, and how they have managed to climb to three in the ICC rankings without playing Australia in a full series since 2007 as well as South Africa (since 2006) explains the flaws in the rankings system.

As the Australians play leg-spin better than anyone, it begs the question whether Jeevan Mendis will get a bowl. As it is the selectors have turned their back on Malinga Bandara, who might be thinking of telling them what they can do with selection for the A side in future. A talent going to waste and this is after a good season in England. It has been suggested that Jeevan Mendis went to the right school to earn his selection.

Dinesh Chandimal has a quality about him that oozes an ability to play a high-level game. It is why the Australian tour will test his skills and will be a good learning curve. As it will Suraj Randiv. This top class off-spinner, who with more luck would have pushed India hard to win that third Test at Saravanamuttu Oval, had the fieldsmen been more alert. But Tillakaratne Dilshan’s sharpness is left for other sneaky practices, of which Randiv was again the unfair victim.

Dilshan had better not try such tricks in Oz. He will cop more than his share of criticism. Anyway, he still owes Randiv a public apology for that miscreant act in Dambulla. One, which Sri Lanka Cricket, run by a pestilential non-elected government appointed ad-hoc interim committee, handed down.