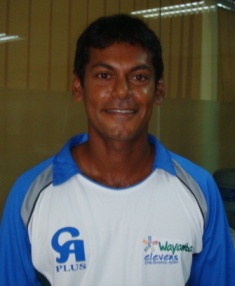 It is so interesting, mates, just when there appears to be a change in the storyline it stays the same. Well almost the same, depending on what ‘spin’ you want to put on it.

A little like those ‘B-grade’ movie plots you get involving the goodies, the baddies with the innocents caught in the middle, and who end up as victims of both sides.

One is the ‘spin’ on how selectors are still covering their posteriors with a flimsy excuse in a media release as well as fumbling over an exercise of choices for the squad to play in the ICC WorldT20 tournament; the other are the bemusing reasons in two countries where Tests have been played why the referral system was not in use.

In both cases, reasons for the latter, while bizarre do make their point with the Bangladesh board allegedly spending money on flowers to give colour to the surrounds in Chittagong as a series of umpiring decisions that affected both sides left players disgruntled. England may have won 2-0 but the young Bangladesh captain, Shakib al-Hasan was, like Queen Victoria, ‘not amused’ how his board ditched the referral system for the series as it was too expensive to hire the technology needed.

Now, had it been India, there would have been all types of charges being blown around. Umpiring ghosts such as West Indian Steve Bucknor appearing . . . Oh, forgot. India don’t like the umpires referral system either and why they won’t use it unless someone else pays for it. Real cheapskates, eh? Sri Lanka and South Africa are recent victims of such tardy policies.

What happened at the Basin Reserve in Wellington though is different. Windy Wellington lived up to its reputation during the first Test of the Trans-Tasman series with Australia, and when the wind howls off the Antarctic, you wonder how even penguins survive in such knife-edged polar conditions. It was the force of the gale-type gusts that was given as the reason why the referral system was for a time suspended on days three and four. The cameras were being buffeted so badly by the winds that images were not too clear. It is quite interesting how nature in this case played a hand over events that even the technology guys cannot control.

More interesting would be the views of those who thump the table, or drum in some cases, of how technology will solve the problem. Not, it seems, when the wind blows in Wellington.

Or even Colombo, in a metaphorical sense. After last Monday’s headlines pointing out the selection policy gaffe ‘buffeting’ that particular coterie of pals, the selectors, in a huff issued a communiqué through the board’s media unit in Maitland Place. It was to explain their reasons why the squad of thirty for the ICC World T20 event in the Caribbean being given an additional name, Jeevantha Kulatunga, the leading batsman in the domestic provincial T20 tournament and had played for Ruhuna, which was wrong as the Wayamba guys will tell you. An embarrassed correction soon followed.

Now the decision to include him, says the media release is because there are “injury concerns to some of the players already named in the squad” (for the event). And why does this reason give the impression his inclusion was a sop in the first place, after they had forgotten about the batsman adjudged as the man of the tournament.

What is interesting is the term ‘injury concerns’ offered by the selectors without their going into detail of who among the squad of ‘thirty-one’ is injured. Is this why announcing the final fifteen has been delayed? Injury concerns? How is that for transparency?

It cannot be Sanath Jayasuriya or Tillekeratne Dilshan. Their poor form at the Indian Premier League has seen both dropped by their squads. Jayasuriya (Mumbai Indians) and Dilshan (Delhi Daredevils), the former amazingly being replaced by almost a nobody in Ryan McLaren, the South African all-rounder who gave up a Kolpak contract with Kent in a bid to rather represent his country. There is also a limit of four non-Indians in a side, which are reasons given why some players are not given a chance. It suggests also why the selectors should consider promising younger talent in Dinesh Chandimal and forget the former captain. If Sachin Tendulkar is prepared to admit he wants to conserve his talents for the bigger stage and give the Caribbean big bash a miss, it is time Jayasuriya quit to concentrate on politics.

However, if the inclusion of Kulatunga is genuinely one based on that of injury, why mention it at all without naming those he is included for as cover? What a nice backhanded slap to receive from the selectors, who having already been caught in the crossfire of a verbal media bouncer or two feel they now need to justify a late inclusion with what appears to be specious comment.

South Africa, Australia and India have their injury concerns, too, while with the IPL and current domestic provincial four-day series, but there doesn’t seem to be a Sri Lankan logged as injured. What this shows is your typical political style obfuscation comment to confuse the genuine reason for selection. Like the forgotten punchline to a shaggy dog story, the panel has lost the plot somewhere and appears to have thumb sucked ‘injury concerns’ without listing those who are injured as the reason for Kulatunga’s selection; as other countries do.

Maybe when asking around the selectors sought opinions from a variety of people as they didn’t seem to have carried out their duties too well. One of those involved in handing out advice might have been the Shadow Coach, Chandika Harturusinghe. These days he is also known around the traps as the ‘window coach’ always watching the games from the comfort of the A/C rooms, and perhaps thinking about the batting skills used against Allan Donald in 1993 when he became White Lightning ’s bunny that series.

In his five innings, Harturusinghe was dismissed each time by Donald with a top score of 34 off 122 balls. He has an average of nine from that series and it makes you wonder whether he can teach modern day batsmen the right technique in handling genuine pace, as he so often looked decidedly uncomfortable against Donald and Brett Schultz, and in Sri Lankan conditions. These are the facts, not fiction and are there in the scorebook if you care to look, and why Kepler Wessels smiles wryly at the memory.

As for Sri Lanka’s planning for the ICC World T20 jamboree in the Caribbean, the coach Trevor Bayliss might feel the way Gary Kirsten did last year when trying to monitor players in the India squad over their fitness and form when the IPL was held in South Africa. Not only are two key batsmen in Jayasuriya and Dilshan failing to make an impact this series, Mahela Jayawardene has not been give a chance to open the batting for the Kings XI Punjab.

It could be a franchise management policy, but frankly, the former Sri Lanka captain is being asked to bat too low to be effective. It has been written before in these files, but his match-winning innings as opener for Wayamba in the final of the provincial event, following his centuries when opening the innings in the 50 overs games, explains how all important good technique is in the shorter formats of the game.

Jacques Kallis and Tendulkar have taken on the responsibility of opening the innings for their IPL teams and have met with immeasurable success in the role against the white ball. In Tendulkar’s case, hoards of fans and certain media are wildly clamouring for him to change his mind and make himself available for the slogs in the Caribbean.

Instead of thinking of the man and respecting his decision, they are trying all types of fancy emotional gimmicks to get him to agree and as one TV station is saying, ‘we want to say how we were the ones who persuaded Sachin to change his mind’. How egotistical can you get? It is the way politicians think.

And as the selectors ponder, argue, squabble and procrastinate over the final fifteen, it would be interesting to note whether they have been keeping a watching brief on the IPL.

For a start, they would have noticed one of their key bowlers, Ajantha Mendis, is having a great holiday – not a game so far for Sourav Ganguly’s Knight Riders who have had six outings to date. Perhaps the hiding he took from Yousuf Khan of the Rajasthan Royals in Durban last year is still etched in the minds of the Kolkata side. Bowling the second super over to decide that tied game, the Mendis mystery was soon unravelled – sixteen runs off four balls: a case of more history, no more mystery. The most runs at that stage in a super over.

Bayliss is no doubt in touch with some of the players regarding the fitness levels through Kumar Sangakkara and others, especially as the fitness problem is an on-going one when players are not involved in games and how regularly they stick to certain programmes worked out by a national team’s fitness trainer. Checking on individuals as such is as important as looking at form.

Bayliss (and the country) would hope it is Sangakkara who lifts the trophy this time, not end up third- time losing finalists. In which case, to get back to the Kulatunga selection issue, where are the names of the ‘injured’ referred to by the selectors in the media release?