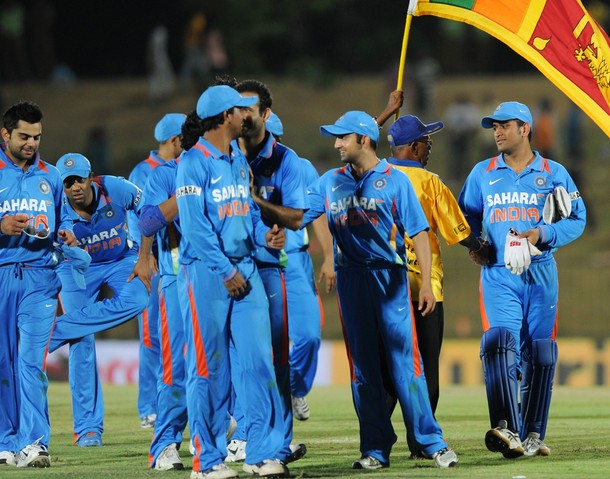 MS Dhoni’s men are off to a winning start. © AFP

Hambantota – Sri Lanka lost the opening game of the five-match ODI series to India today by 21 runs giving the visitors a 1-0 lead in the series.

For Sri Lanka, former captain Kumar Sangakkara was the top scorer after the elegant left-hander scored his 14th ODI century – only his second century in Sri Lanka – with 133 runs to his name. It was Sangakkara’s third hundred-plus score from his last four knocks.

Although Sri Lanka have been in the thick of things of late, with a full series against Pakistan just completed, Mahela Jayawardene’s men looked under pressure from the get-go. India on the other hand showed no signs of looking like they were rusty, as they had not played in four months prior to this.

Sri Lanka conceded 300-plus but fell just 21 runs short of their target, which is somewhat of a consolation for the hosts; they were 191/6 at one stage.

MS Dhoni’s men, who are currently placed fourth in the ODI team rankings, can regain the number-one position if they beat Sri Lanka 5-0 in the series.

The next match of the series, also a day-night encounter, will be played at the same venue in Hambantota on July 24