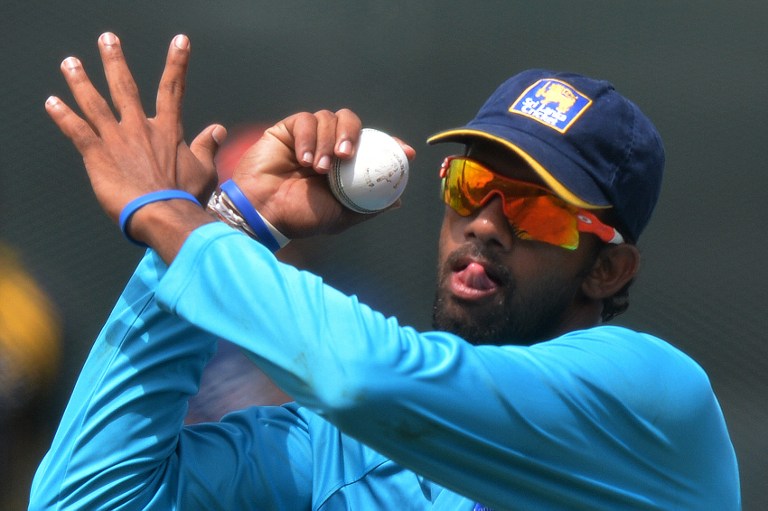 Sachithra Senanayake arrived in England to play for Worcestershire on April 11. © AFP

Sri Lankan spinner Sachithra Senanayake has made a good impression of himself in his debut county stint playing for Worcestershire, according to the county side's captain Daryl Mitchell.

Senanayake flew to England last month and played his first match a day after his arrival.

Worcestershire skipper Mitchell, writing in his column for Worcester News, said he was "very impressed" with Senanayake's "attitude" and stated that the 30-year-old had "a positive influence in the dressing room."

"He is now getting to grips with the red Dukes ball we use in the Championship and I thought he bowled very well without much luck against Yorkshire," Mitchell wrote.

"He deservedly took four wickets in the second innings at Sussex and he is an experienced player who adds knowledge to the dressing room."

At the time of writing, Senanayake is playing his third match in the County Championship tournament.

He has already registered figures of 4/50 against Sussex in his seven wickets in the tournament thus far.