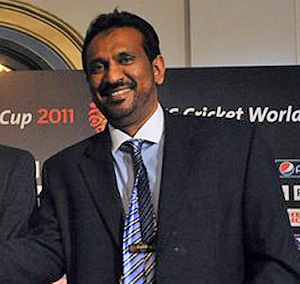 It has been almost two months since the end of ICC Cricket World Cup 2011, and the World Cup Secretariat in Sri Lanka, who were earlier given one month to settle their accounts, have failed to do so.

Twenty-nine million rupees from the sale of World Cup tickets has still not reached SLC headquarters. Close to one billion rupees needs to be paid to the contractors, suppliers and construction companies, who were hired before the World Cup.

When a country hosts a major tournament like a World Cup, it stands to gain a good amount of money. For instance, when Sri Lanka hosted the Under 19 World Cup, some time back, the authorities utilised the money to install water sprinklers to the grounds. What we have now is the cricket board struggling without money.

Recently, SLC officials found it hard to find the 22 million rupees needed to pay salaries for 300 plus employees. The salaries for May 2011 were settled with a bank loan.

In the midst of all this, the interim committee chairman Somachandra de Silva has flown to England on one month leave.

Speaking to a journalist from India, earlier this month, he said that there will be no elections at SLC, and the interim committee will continue. How can he say so when the Supreme Court has suggested the sports minister to look into ways of holding an election? Doesn’t this amount to contempt of court?

Somachandra de Silva’s nephew Suraj Dandeniya, who was the director of the World Cup Secretariat, appearing on TV, said the case had been dismissed. In fact, the case is still on. Once again, one can say it too is contempt of court.

The media has highlighted time and again the shady dealings of the cricket interim committee and the widespread corruption at SLC headquarters. And for the first time in the history the cricket in this country, officials have been summoned to appear before the COPE committee.

Meanwhile, it is learnt that the International Cricket Council members have had a discussion as to how to tackle government appointed cricket committees around the world. They are looking at the manner in which the International Rugby Board has discouraged such practices by member countries.

At present, cricket boards in three countries – Sri Lanka, Pakistan and Zimbabwe – are under political influence.

The sports minister, who appoints the interim committee, is confident that cricket administration is fine. He stated this even in Parliament. It appears as though he doesn’t care about these allegations, or malpractices by the cricket interim committee. That’s very strange. 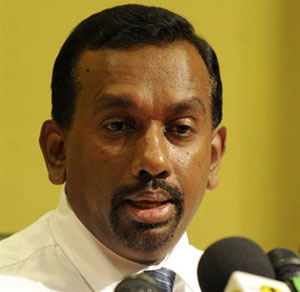 In recent days, the sports minister appointed a committee to investigate how various sports bodies on the island functioned, and based on the committee’s recommendations he has decided to hold fresh elections for some sports bodies and appoint interim committees for others.

But the said committee and the sports minister didn’t conduct any investigation on cricket, despite the media highlighting SLC’s ills on a daily basis. Is the minister afraid to take any action, fearing he would suffer the same fate of his predecessor CB Ratnayake, who paid the price for criticising the cricket committee? Or is he simply protecting his friends in the cricket interim committee?

When former captain Hashan Tillakaratne made passing comments about the involvement of Sri Lankan cricketers in match fixing during a TV show, the sports minister made a big fuss. The CID was directed to hold an inquiry, and the minister even spoke at parliament about the issue. But he was tight-lipped when it came to corruption on the part of the interim committee running cricket.

We give the minister an opportunity to show that he is really interested in cricket, safeguarding the players and protecting the game. If he can answer the following ten questions genuinely, we will count him as a good politician and an unbiased person.

1. How many are employed at SLC, and how much money is needed for their monthly salaries, food and other expenses?

2. How much was paid to those who were recruited to work during the World Cup?

3. How were the volunteers and helpers on duty during the World Cup treated?

4. How much money was spent to build the three venues for the World Cup, and how much money is to be paid to the contractors, suppliers and construction companies?

5. The cricket board officials hired helicopters to visit grounds in Hambantota and Pallekele. What was the cost?

6. How many tickets, and at what cost were, printed for the World Cup? How many additional complimentary tickets were printed for matches in Pallekele?

7. How much money is outstanding from the sale of tickets?

8. At the World Cup secretariat, how many people were employed as full time workers and for what salaries?

9. An amount of 15 million rupees has been distributed among the employees at the cricket board after the World Cup. Did the ICC allocate this money?

10. The baggage boys and liaison officers for the World Cup were entitled to allowances. Did they get this money?