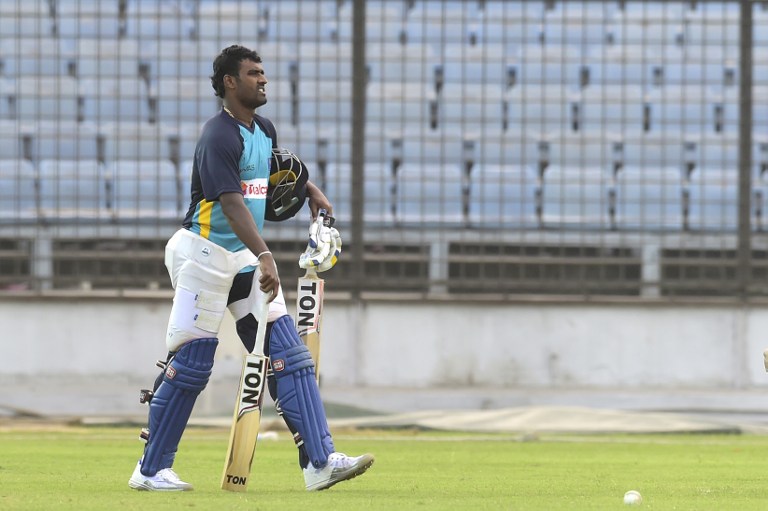 All-rounder Thisara Perera said Friday Sri Lanka would take years to get over the retirement of batting legends Kumar Sangakkara and Mahela Jayawardene while warning that paceman Lasith Malinga was irreplaceable.

The defending champions have struggled to compile substantial totals in the ongoing World Twenty20 in India in the absence of Jayawardene and Sangakkara who have both retired since the 2014 triumph.

"Everybody knows they are legends and we will not be able to fill their place for the next five or six years, in my personal opinion," Perera said on the eve of a must-win match against England in New Delhi.

Now down at eight in the T20 rankings, Sri Lanka had a disastrous showing at the Asia Cup and came into the sixth edition of the T20 tournament after recently changing their coach and captain.

Following a less than convincing win over minnows Afghanistan in their opening encounter of the tournament, they were then badly beaten by the West Indies.

Their already slim hopes of defending their trophy suffered a further below after the start of the tournament when leading pace bowler Lasith Malinga withdrew from the squad after a knee injury.

Perera described the slingy Malinga as a one of a kind, saying a player such as him would "never, never come" again.

Perera, who bats left-handed and is a right-arm pacer, said Sri Lanka had to improve on Sunday's showing against the West Indies, when they lost by seven wickets, to stand any chance of beating England.

"We have to win the next match, otherwise we have to go home. We have to do something better than the last match," said Perera.

Sri Lanka's final match is against South Africa in New Delhi on Monday night but that tie will effectively be a dead rubber if they lose to England.