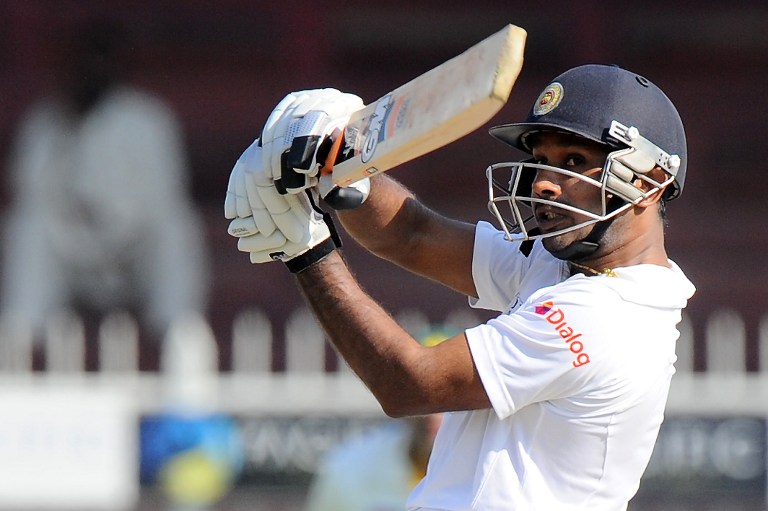 Prasanna Jayawardene bats during the second day of the third Test between Pakistan and Sri Lanka in Sharjah. © AFP

Sri Lanka’s Prasanna Jayawardene, who is widely considered the best wicketkeeper in the world, reached 2000 career Test runs on the opening day of the ongoing third Test against Pakistan in Sharjah.

After Kumar Sangakkara, Jayawardene is only the second Sri Lankan wicketkeeper to have taken 100 catches and scored 2000 Test runs.

Only 22 other players have accomplished the feat in the history of the sport.

The 34-year-old reached the landmark in his 55th Test match (76th innings).

Jayawardene currently has four Test centuries and five half-centuries, as well as 108 catches and 32 stumpings to his name.