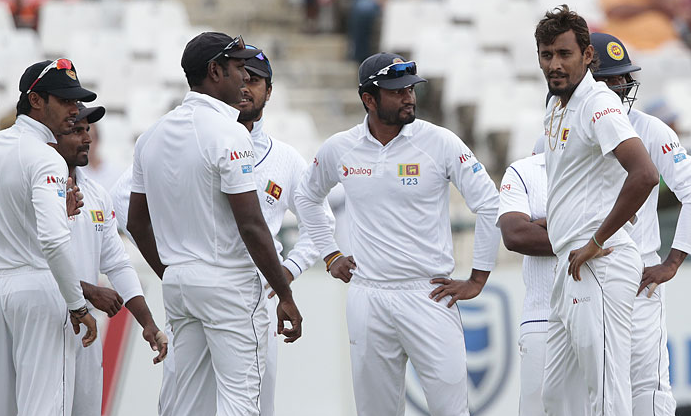 Sri Lanka's 3-0 Test series loss against a rampant South African team will rate as one of its worst in recent memory. Indeed, embattled skipper Angelo Mathews has labelled it is his toughest tour as a captain.

Coming off the highs of a series whitewash at home against the former world number-one Australia, Mathews has now suffered the reverse result against a team that may well be on their own path to the top of the rankings.

South Africa's batsmen countered early seam movement well with patience. Admittedly, this was not helped by Sri Lanka's new ball bowling, of which more of later. The Proteas opening batsmen were, by and large, very consistent with Dean Elgar in particular enjoying a superb series.

Hashim Amla had a horror run but he was able to stand up when it counted most, scoring a majestic century in his 100th Test. Patience was the key to seeing off the new ball and not exposing the middle order to the opposition's opening bowlers too soon, and unlike the Sri Lankan batsmen, they were far more selective in what they chose to play at outside the off stump and left well on length.

Sri Lanka's batsmen, in contrast, squandered excellent starts and played ostentatious drives to deliveries so wide it was almost impossible to justify edging them. They took evasive action when they should have been pulling and hooking yet were too adventurous against good length balls that deserved tighter strokeplay. Sometimes they made all of those mistakes in the same innings and showed great lapses in concentration.

The lack of discipline was most disappointing from youngsters Dhananjaya de Silva and Kusal Mendis, who had belied their years with fantastic concentration against Australia only a few months back. South Africa's bowlers, Kagiso Rabada and Vernon Philander in particular, proved to be lethal. Philander for his seam movement and Rabada, with his extreme pace and bounce, were just too much to handle.

Sri Lanka's bowlers tried admirably, but, by and large, were unable to exploit movement off the seam and significant swing. This was hampered by Mathews's own bizarre bowling changes and frequent insistence on bringing himself on to bowl first change.

Sri Lanka's best performer with the ball was without a doubt Suranga Lakmal. Tasked with taking the new ball, he shook South Africa up in the first innings of the series, as they fell for 288, and then continued his consistent run throughout the remaining two matches.

With 12 scalps in the series, Lakmal is now second-behind Chaminda Vaas for the most wickets taken by a Sri Lankan paceman overseas. What makes his haul more remarkable was that all these wickets were taken in the first two Tests, as he did not manage a wicket in the final Test.

Rangana Herath did admirably in the circumstances, but was unable to be the potent force he was in Sri Lanka's previous tour of South Africa, when he helped to bowl Sri Lanka to a momentous 208-run win in Kingsmead in 2011 with 5-79.

Here, as in New Zealand last year and the year before, he played a stop-gap role, tying down an end and keeping his economy rate low. His counterpart Keshav Maharaj was little better, but considering one man is in the twilight zone of his career, while the other is only beginning it, there are certainly promising signs for South Africa's spinner.

While it is true that Herath did not set the world alight after his stellar series performance against Australia, Sri Lanka should not rush to rid themselves of a key man such as Herath. Their bowling attack would be an ineffective one without him.

Mathews was a broken man at the end of the tour and knew the blame rested with the batsmen.

"I have been part of many defeats but as captain this is certainly the worst," Mathews said. "We kind of expected to do better than what we did but there was no improvement. The batters were extremely disappointing. All the batters, including myself, all of us had got starts but didn't convert them into big ones. That is disappointing."

Sri Lanka Cricket (SLC) scheduled an emergency meeting with Mathews following the tour, such was the extent of his stress, and perhaps reflective of his poor captaincy overseas, something he has been criticised for in the past. However, being the best man for the job, SLC have consistently stood by him in his role as leader.

Sri Lanka were whitewashed against Australia in 2012, losing the Warne-Muralidaran Trophy 3-0, but even there, Sri Lanka showed fight and the series was a lot closer than the scoreline indicated. Coming within an hour of drawing the Test in Hobart, they capitulated to lose by an innings in Melbourne. But for 100 runs more in Sydney though, they may well have won, with Australia only passing Sri Lanka's paltry fourth innings target of 141 with five wickets in hand.