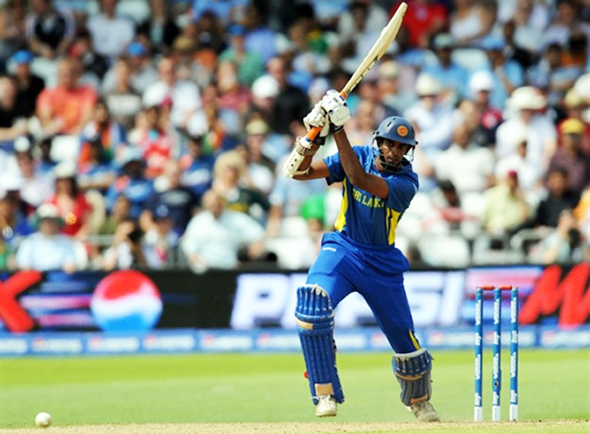 Jehan Mubarak in action for Sri Lanka during the ICC WT20 in England, 2009. AFP PHOTO/PAUL ELLIS.

September 09, 2010 (islandcricket.lk): Jehan Mubarak, skipper of the Sri Lankan provincial team Wayamba said that his side has been training hard for the Airtel Champions League Twenty20 (CLT20), which starts at the Wanderers in Johannesburg, South Africa on Friday evening.

“We’ve been preparing in Colombo for nearly three months, and we’re looking forward to the tournament starting," Mubarak said whilst at a training session in Johannesburg this past Sunday.

Wayamba are among only three teams who played in the inaugural CLT20 in India last year, and Mubarak believes the new format will give teams a better opportunity to shine.

“Last year, we only played two matches in the league section. We won one and lost one, but could not go further because of our net run rate. But this time, we have four league matches and that gives us more opportunities to shine. Also, we are one of the few teams that has played CLT20 before, and that experience will be to our benefit.”

The Wayamaba skipper believed the two South African teams – the Bizhub Highveld Lions and the Chevrolet Warriors – had a slight advantage because they were playing at home, but the unpredictability of T20 cricket meant that advantage could easily be overcome.

“You just have to make one or two mistakes, and everything can gowrong after that."

Meanwhile, Veteran Sri Lankan international Mahela Jayawardene, who is likely to be the backbone of the batting line-up, said he enjoyed the challenge of playing in the CLT20.

“For someone like me, who plays all forms of the game, and at all levels, this is something new. We don’t know the provincial teams from the various countries – we are more used to playing the national teams – and the provincial teams often have a very different approach. This tournament brings something new to the game of cricket, just as the UEFA Champions League has brought new dimensions to soccer," Jayawardene said.

Asked about Muttiah Muralitharan, who retired from international cricket on a high earlier this year, finishing his career with 800 Test wickets, Jayawardene said he was looking forward to playing against his former teammate, who will be turning out for the Chennai Super Kings.

“He’s been saying some things about his plans for us, so we’re looking forward to taking him on,” laughed Jayawardene.

“He’s a very tough competitor, but we will enjoy the contest. He’s been a legend in the game – he’s had a phenomenal career. I think he’s happy to play the shorter format, because there’s less pressure, and he deserves that. But it will be interesting to see how we go against him.”

Wayamba’s first official match in the CLT20 is against the Warriors at 1.30pm on Saturday September 11.