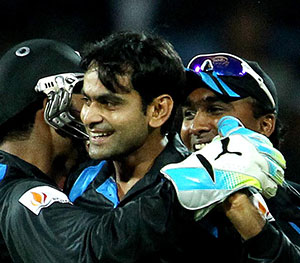 The chief executive of Wadhawan Holdings, the Indian conglomerate that owns Wayamba United, has said that the seven-year contract handed out to Sri Lanka Premier League (SLPL) team owners is insufficient and wants to see it extended to 15 years.

Wadhawan Holdings purchased Wayamba, which is led by Mahela Jayawardene, for $5.02 million and an annual operating cost of $2.5 million. Team owners do not expect to see a profit in the first three years of the SLPL T20 tournament.

"[The] first fight is to increase the seven year contract to 15 years," Wadhawan Holdings’ CEO Gaurav Modwel told the Indian newspaper Business Standard, when asked what the main challenges were for SLPL team owners.

"Whoever comes and invests money [must] look at a larger horizon and should remain interested in investing. Seven years is too small for that."

Modwel said several other issues existed as well, including the SLPL’s inability entice top international players and low fan interest in the tournament.

"Population of Sri Lanka is very small, so the viewership has to be created in a nation like India," he said.

"The financial model has not been cracked yet. Moreover, not just talent, getting international players and crowd is also a big challenge."

The SLPL has been rocked by several setbacks of late and a number of overseas players had been unpaid months after the end of the tournament. The Federation of International Cricketers’ Associations (FICA) has said that it may recommend a boycott of the tournament next year.