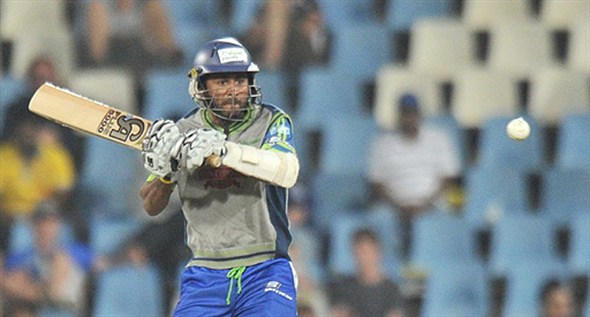 Centurion, September 15, 2010 (islandcricket.lk): A catastrophic batting collapse by the Wayamba Elevens saw them crash to a humiliating 97-run defeat at the hands of IPL champions the Chennai Super Kings in their Airtel Champions League Twenty20 (CLT20) match at Centurion on Wednesday. It was the biggest defeat in the history of the CLT20.

Sent in to bat by Wayamba, Murali Vijay and Suresh Raina shared a brilliant second-wicket stand of 137 off 75 balls to take the Super Kings to an impressive total of 200 for three – the highest in the tournament so far.

Wayamba celebrated when they got the wicket of Matthew Hayden, who was leg before wicket to Ajantha Mendis in the sixth over, but that was the last wicket to fall until the 18th, when Raina and Vijay fell to successive deliveries from Chanaka Welagedera, with the score on180. Raina made 87, including six fours and six sixes, and Vijay made 68, including nine boundaries and a six.

Local hero Albie Morkel successfully negotiated the hat-trick ball, and he and MS Dhoni took the score to 200.

It was Morkel who started the rot for Wayamba, with a wicket in each of his first three overs, while Doug Bollinger weighed in with the important wicket of Mahela Jayawardene, who was caught by his former teammate, Muttiah Muralitharan. However, it was 24-year-old Ravichandran Ashwin who did the most damage, taking four for 18.

With the top order batsmen gone, it was a dismal procession to the dug-out, and Wayamba were never able to recover from being six wickets down for 35 runs after seven overs. The batsmen panicked and in many instances, it was wild shots that cost them their wickets.

Muralitharan delivered the final blow in the 18th over when Shalika Karunanayake, who top-scored for Wayamba with 25, was stumped by Dhoni. Wayamba were all out for 103. Muralidharan also took three catches, and his gleeful smile lit up the stadium.

It was Wayamba’s second defeat in two matches – the Warriors beat them by seven wickets in their opening match, and they will be hard-pressed to stay in the competition. Chennai, on the other hand, look virtually unstoppable. Both teams meet the Victorian Bushrangers in their next match – Chennai in Port Elizabeth on Saturday and Wayamba at Centurion on Monday.