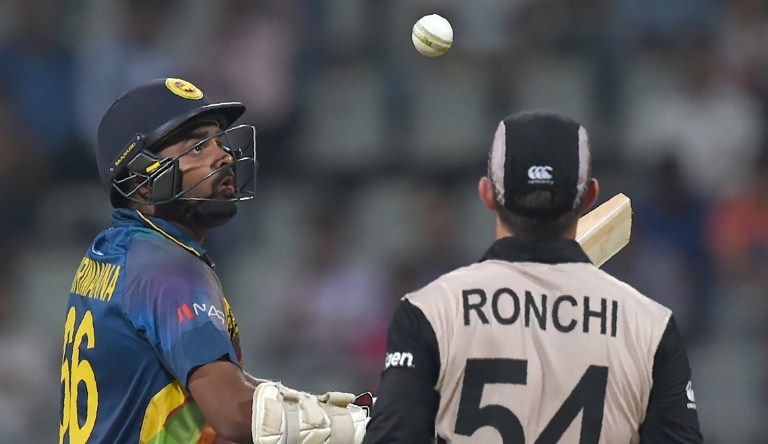 Sri Lanka captain Angelo Mathews is confident the out-of-form Lahiru Thirimanne will be back in the runs again soon. © AFP PHOTO

Lahiru Thirimanne was unable to travel with the Sri Lanka cricket team on Wednesday to England due to delays in obtaining his British visa, according to Sri Lanka Cricket officials.

Thirimanne, who is also hampered by injury, will reportedly join the team upon visa clearance and will play in the first Test against England provided he is fully fit.

The left-handed batsman has hit a lean patch in all formats of late but Sri Lanka captain Angelo Mathews said that he was confident of seeing Thirimanne return to his best.

"We all know Thirimanne is very technically equipped and he is our best batsman at the moment," Mathews told reporters ahead of the team's flight to England. "A slight mental shift in his approach can do wonders, we're all backing him to go out there and fire.

"We are really looking forward to him scoring lots of runs."

Thirimanne, 26, made his Test debut in 2011 and was tipped to be Sri Lanka's next batting wonder, but has managed to achieve a Test average of under 25 after 95 innings.

Sri Lanka arrive in England on May 4 for a full tour, which gets underway with the first Test on May 19 in Leeds.