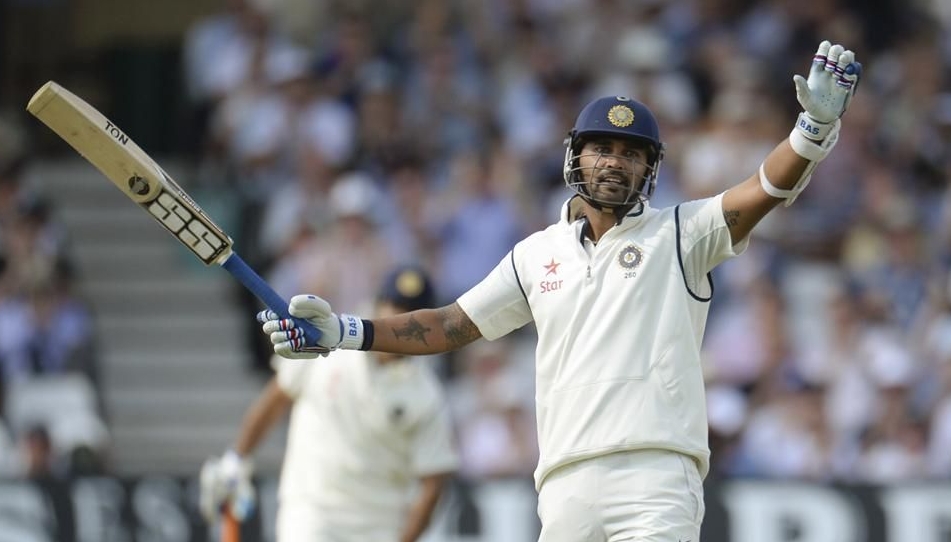 The Indian opener missed the first Test as he is nursing an injury. © Reuters

A recovering Murali Vijay is likely to open the innings for India in the second Test against Sri Lanka beginning on Thursday as the beleaguered visitors chase a series-levelling victory.

India's second innings implosion while pursuing a moderate 176-run victory target in the first Test has put the hosts in lead in the three-match series.

Compounding the visitors' problems, opener Shikhar Dhawan — their top scorer at Galle — has been ruled out of the remainder of the series with a fractured hand.

India have flown in pace-bowling all-rounder Stuart Binny but Dhawan's absence is likely to force the team management to ask Vijay, nursing a hamstring injury which kept him out of the Galle Test, to partner Lokesh Rahul.

"Today's practice session is important, we would know if he is 100 per cent fit to play," India skipper Virat Kohli said ahead of what would be Sri Lankan batting great Kumar Sangakkara's international swansong.

"His rehab is going well… Hopefully he is fully fit. If he wants to play and is keen, I'm sure he can go through the little discomforts he might have," Kohli said.

"We will have to take a call but we are pretty certain he is going to make it tomorrow."

The Indian skipper also threw his weight behind Binny whose inclusion might come at the expense of veteran off-spinner Harbhajan Singh.

"We got Stuart here because his bowling gives us the balance and at number six his batting can be handy," Kohli, in his first full series as India captain, said of the 31-yer-old all-rounder.

"You can keep him for later on in the innings to give you control or… if the wicket is helpful, with the new ball, why not?

"It's all about how you use him, as attacking option or as defensive option in the middle as it gives other bowlers rest. It really depends on how the wicket behaves but I'm sure he can do both jobs."

Kohli has struck centuries in each of the four Tests he has captained India but is yet to taste victory as skipper.

"It's never a nice feeling when you lose," Kohli, 26, said."I would rather have the team win games, than to get frustrated that as a batsman I am getting runs but we are not getting the results."