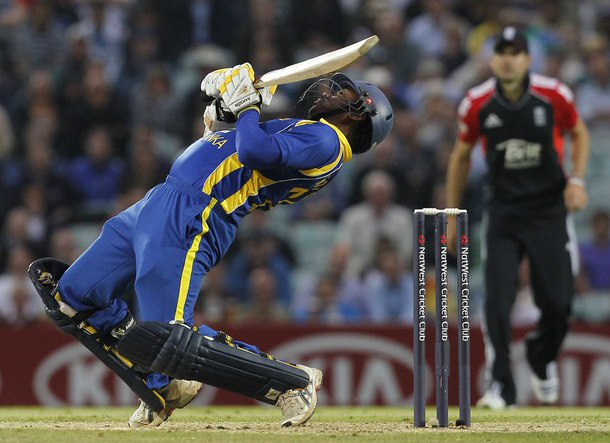 Sri Lanka’s new selection panel, headed by Duleep Mendis, last month surprisingly appointed Kandamby as vice captain for the T20 and ODI series, when the obvious choice had been Angelo Mathews. And as per the norm in Sri Lanka, the sports minister Mahindananda Aluthgamage then ratified the squad.

The new vice captain, who had previously been unable to make it into the team on his batting alone, had not played an ODI for Sri Lanka in almost a year. The 29-year-old himself was at a loss of words and was unable to justify his inclusion, when speaking to reporters.

Kandamby’s average of 12.00 after four matches in the ODI series has now prompted chief selector Mendis, who has flown to England with the team as the selector on tour, to replace him.

Prasanna Jayawardene and Tharanga Paranavitana excelled with the bat in the Test series, but were not selected for the limited-over leg of the tour. In addition, Mendis’ selection panel overlooked Malinda Warnapura and Milinda Siriwardana, who averaged 59.75 and 84.00 respectively in the Tier-A Premier Limited Over Tournament 2010/11.

The five-match series currently stands at 2-2 and tomorrow’s One-Dayer at Old Trafford, despite overcast conditions throughout the week, is a sell-out.