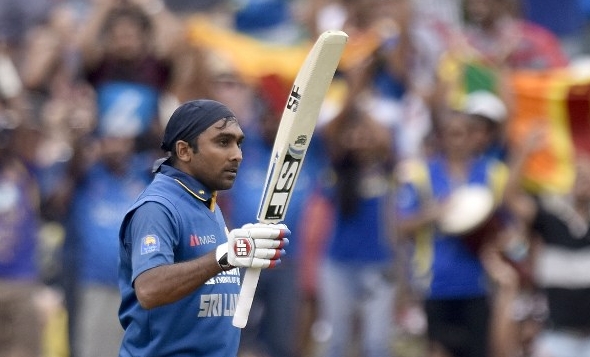 Mahela Jayawardene will be playing in his fifth World Cup. © AFP PHOTO

The belief that "old is gold" will once again be put to the test in this World Cup, with several players bolstering teams with their experience and guile.

Sri Lanka's Mahela Jayawardene, Pakistan's Shahid Afridi and New Zealand's Daniel Vettori are the most experienced players as each of the trio will be featuring in their fifth World Cup.

Jayawardene, 37, retired from Test cricket last year after a glittering career and he will hang up his one-day international kit after the World Cup.

With a 33-match tally in the tournament, Jayawardene will be the most experienced player when it comes to World Cups.

After a miserable first round exit as defending champions in 1999 the next three editions were memorable, with Sri Lanka the losing semi-finalists in 2003 and runners-up in the next two World Cups.

He led the team from the front with a scintillating century in the 2007 semi-final against New Zealand and then notched another ton in the final of 2011 World Cup, albeit in a losing cause as hosts India won in Mumbai.

Jayawardene still holds a key position in Sri Lanka's batting order, along with Kumar Sangakkara who will be featuring in his fourth World Cup.

Sangakkara has played 30 World Cup matches and just like old wine has embellished his batting, with the left-hander the highest run-getter in one-day internationals last year.

Afridi was a relative newcomer when Pakistan finished runners-up to Australia in the 1999 World Cup but the next two World Cups weren't memorable for the aggressive all-rounder.

Pakistan crashed out in the first round in 2003 and 2007. Afridi played just one game in the 2007 event after being suspended for the first two.

He was Pakistan's captain in the 2011 World Cup and led them to the semi-finals, where they were beaten by India.

Pakistan will rely heavily on Afridi's late-over slogs to give their innings much-needed impetus.

Moreover, Afridi, also a handy leg-spinner, will want to shine at this World Cup after announcing he will quit one-day cricket following the tournament.

Matching Afridi in the spin department will be New Zealand's Daniel Vettori, with the 36-year-old left-armer having featured in the 1999, 2003, 2007 and 2011 editions of the World Cup.

A skilled spinner, Vettori still holds the trump card when it comes to slow bowling, being able to put a brake on batsmen's run-scoring besides taking wickets at crucial stages.

Vettori's captain, Brendon McCullum, will also be featuring in his fourth World Cup.

McCullum will be the key to co-hosts New Zealand's hopes of posting big totals in the World Cup.

His blistering form in all three formats of the game augurs well for the Black Caps, who for the first time are amongst the top three favourites.

Like McCullum, Chris Gayle is a danger for bowlers.

Gayle can hit any bowler on his day, hitting big shots at will and has performed well for the West Indies in the 2003, 2007 and 2011 World Cups.

Trading his best swing bowling against the best batsmen of the world will be England's James Anderson, playing his fourth World Cup.

Besides Steven Finn and Stuart Broad, Anderson will form a solid pace attack for England, who can be the dark horses of the event.

Also playing in his fourth World Cup will be Pakistan's Younis Khan. At 37, Younis will be the second-oldest Pakistani in the World Cup behind 40-year-old captain Misbah-ul Haq.

Despite his age, it will be only a second World Cup for Misbah, who featured in the 2011 edition.