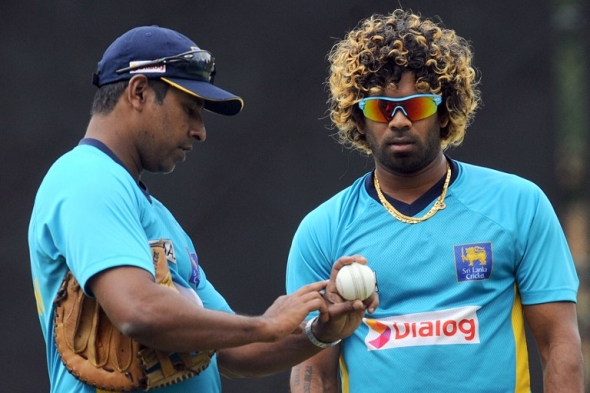 The Sri Lankan pace attack did impress on a number of occasions during Chaminda Vaas's tenure as fast bowling coach. © AFP

Vaas decided not to renew his contract with SLC as the Sri Lankan bowling coach, and in a meeting with officials on Thursday, he was told that he would be bowling coaching of the national under-19 team for a lesser wage than he received for the same role in the senior Sri Lankan side.

"I felt that was unethical," Vaas told Sri Lanka's Sunday Times. "Just because a man is shifted from one task to another his earnings do not come down. So we decided to part ways amicably."

The team's failures in all departments during the five match ODI series in New Zealand eventually led to the appointment of Rumesh Ratnayake as a consultant bowling coach in January, just prior to the start of the World Cup.

The cricket board had earlier attempted to replace Vaas with Champaka Ramanayake but Ramanayake was unable to take the role. He told Sri Lanka's Daily Mirror that he declined due to "family commitments".

SLC's assistant secretary Hirantha Perera however opposed any notion of removing Vaas at the time.

"Are we to believe that Vaas is the only cause and solely responsible for our performances during last few games," questioned Perera in an e-mail, according to a report on the Daily Mirror, before explaining that it was not the correct way to treat the icon.

"Recalling Vaas is a slap [in] his face and moreover ending his career as a national FB (fast bowling) coach. Are we doing the right thing with a person who has brought so much of honour and pride to SL cricket without a proper inquiry?"

Along with SLC administrators such as Perera and Shammi Silva, certain Sri Lankan media such as The Nation questioned the statement reported by other media sources, that Vaas lacked commitment to the job, and were cautious before they hastened to pin the blame on Vaas, saying the batsmen should have taken more responsibility; and taking into account Vaas' excellent work prior to the World Cup and New Zealand tour.

With 355 Test wickets and 400 ODI wickets, Vaas is Sri Lanka's most successful fast bowler ever.