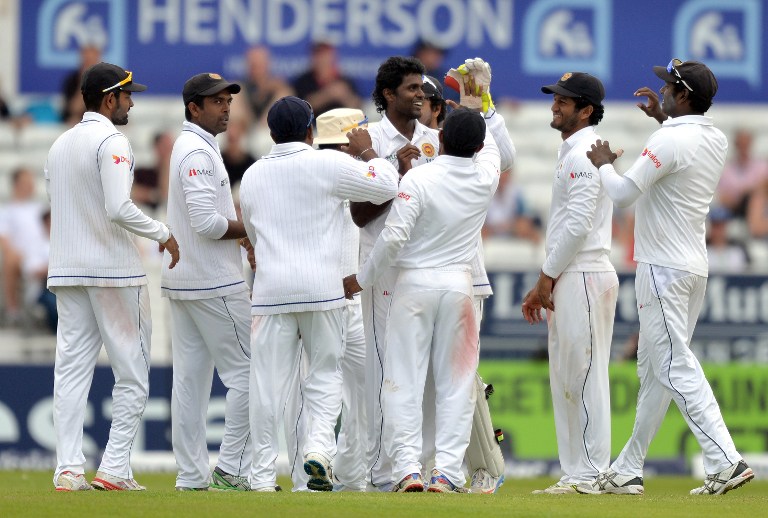 Sri Lanka clawed their way back after a day of toil for the bowlers. © AFP

A flurry of wickets late on day two has Sri Lankan players optimistic and looking forward to the third day’s play in the second and final Test against England.

England fell from a commanding position, losing four quick wickets as overhead conditions changed to provide movement for the seamers with the second new ball.

"If we can get them out for under 400, we have a chance and we can put them under pressure.

"England will bat in the fourth innings, and our spinner Rangana Herath will come into the game."

England (320/6) lead Sri Lanka by 63 runs in their first innings at the end of the second day’s play.