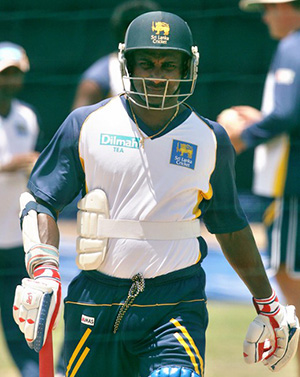 Sanath Jayasuriya represented Sri Lanka in the ICC U19 World Cup in 1988 and the dashing left-hander cannot forget the tournament, as it was his first trip out of Sri Lanka.

At that World Cup, Jayasuriya’s highest score was 53 against India. But the explosive left-hander went on to retire from international cricket after playing 586 international matches for his country, while breaking many records along the way.

"That was my first tour actually. I had never been out of the country before and it was good to be part of the system," Jayasuriya said.

"Most of my team-mates were from Colombo and just a couple of us were from outstations. It was a massive experience.

"I remember I had language and food problems. It was a unique experience in every sense and it would be fair to say that the event in Australia gave us a taste of what to expect in our careers."

Jayasuriya believed the U19 World Cup was a perfect stage for promising cricketers to make a name for themselves.

"This tournament provides a lot of opportunities to young and promising players," he said.

"If you see, most of our cricketers who have played in U19 World Cups have gone on to do well at the big stage.

"The inaugural event produced some of the real stars of world cricket [such as] Brian Lara, Michael Atherton, Nasser Hussain, Inzamam-ul-Haq etc. All these guys went onto have successful careers and most of them even captained their countries as well.

"That was a great tournament and I was privileged to be there as a member of the Sri Lanka side."

The 2012 U19 World Cup takes place in Queensland, Australia from August 11-26. Australia will defend the title they won in 2010 and will aim to win the trophy for the fourth time in nine events.