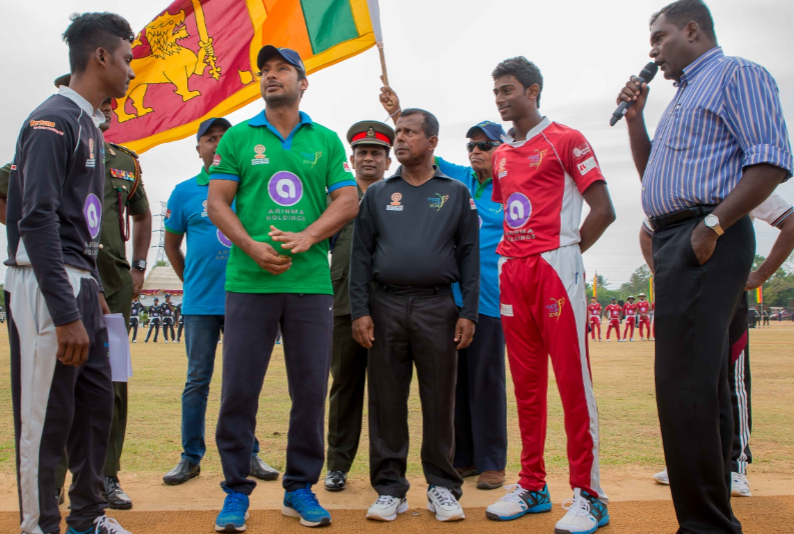 In an exciting start to the Murali Harmony Cup, Chathura Milan from Seenigama Combined Schools and Revan Kelly from St. Joseph's College both scored centuries for their teams.

Seenigama scored 231 runs in their 120 run win over Up Country Combined Schools for the loss of just two wickets.

St. Josephs College, who are participating for the first time in the tournament, won their match against Jaffna Central College by 32 runs.

The day's action was witnessed by cricketing legend Kumar Sangakkara who was in attendance at matches across all venues.

Kasun Weeranga of Anuradhapura Central is the only player to have previously scored a century at a Murali Harmony Cup (in 2013).

In the ladies tournament, there was a nail biting finish as the Seenigama Ladies lost to Matale Ladies by 2 wickets in the last over of the day's play.

The Murali Harmony Cup is being played at five grounds across northern Sri Lanka — in the towns of Jaffna, Oddusuddan, Mankulam and Kilinochchi — from 21 to 25 September.

It is a reconciliation and community-building T20 cricket tournament featuring U19 schoolboys and U23 women cricketers and designed to promote unity, goodwill, teamwork, the spirit of fair play, as well as a service to disadvantaged rural communities.

Sixteen boys' teams and eight ladies' teams from across Sri Lanka are playing two matches every day at each ground, with the finals on September 25 at the Kilinochchi Central College Grounds.