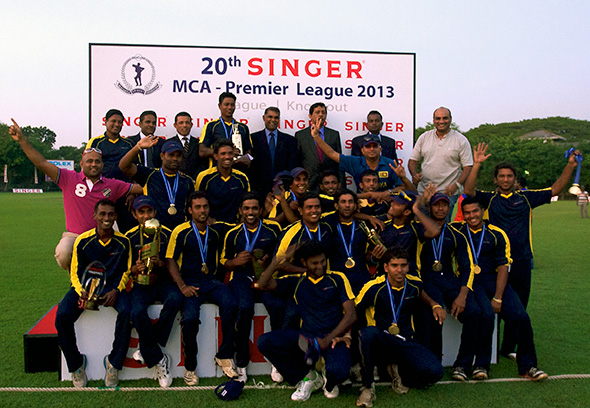 MAS Active clinched a double win at the 20th Mercantile Cricket Association (MCA) Premier League 2012/13 tournament, and were the unbeaten champions of the MCA League Tournament, as well as the MCA Knock-Out Championships.

The team has played at the Division-A level for just two years, and is led by Tharanga Lakshitha and coached by veteran journalist Ranjan Paranavithana.

MAS Active’s first three matches in the MCA League tournament had been washed out, therefore, they were awarded one point per match, and were at the bottom of the points table. The team later fought back by beating ETI, MAS Unichela and Seylan Bank to end the series at the top of the points table with 15 points.

By becoming League champions, MAS Active automatically qualified for the semi-finals of the Knock-Out Championships, and met Sampath Bank at the Colombo Colts Grounds. They beat Sampath Bank by 50 runs to qualify for the finals under the Duckworth-Lewis method.

In the finals held at the Colombo Colts Grounds, HNB won the toss and elected to field. MAS Active put up a score of 226, which proved too difficult for HNB to achieve, as they were all out for 188 runs.

Only two other teams in MCA history — HNB in 2002 and Sampath Bank in 2007 — have accomplished a double-win. In 2006, HNB won league and shared the knock-out with Sampath Bank