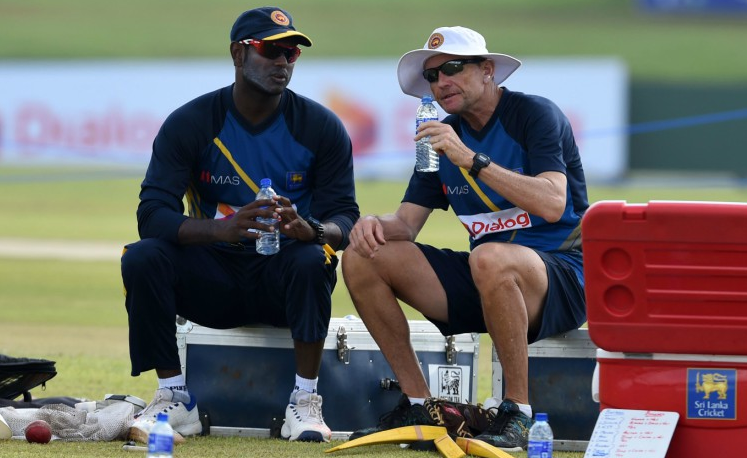 Australia will be looking to rewrite the history books with a win in Galle after losing the opening Test to Sri Lanka in Pallekele. Australia have never come back to win a series in the sub-continent after making a losing start.

Local media in Australia has been critical of their team's performance and chairman of selectors Rod Marsh was left devastated and scratching his head after Cricket Australia had invested heavily in improving Australia's performance in the sub-continent.

Spin friendly pitches were specially designed at the Bupa National Cricket centre, and several players were sent to India prior to the start of the series for practice against slow bowling. The team additionally played warm-up games in Sri Lanka and arrived two weeks before the Test in Pallekele, in addition to recruiting Sri Lankan bowling consultant and ICC Hall of Famer Muttiah Muralitharan.

No Sri Lankan side has ever come this close to winning the Warne-Muralitharan Trophy. © AFP

"What else can we do really," lamented Australia's chief selector Marsh after the first Test loss. "We send them off to India, we send them to other parts of the world where the ball turns, we played an 'A' series in India last year and they batted well against good spin bowling.

Sri Lankan captain Angelo Mathews was full of praise for debutant Lakshan Sandakan, who is expected to enjoy the Galle surface for the second Test match.

Sri Lankan cricketers looked relaxed at a practice session at the Galle International Cricket Stadium, a day ahead of the second Test match there. © AFP

"Sandakan is a brilliant find for us," Mathews said. "We knew that the wicket was going to take turn and Sandakan responded brilliantly."

"As a chinaman bowler, Sandakan has impressed everyone with his control," Herath said. "When you have such control, you can be devastating.

"He can also bowl the googly. Then more than anything, he gets turn. That's the complete package you expect from a spin bowler."

The Galle pitch has traditionally taken a lot of turn, being yet another happy hunting ground for Sri Lanka's main weapon with the ball Herath. The wicket usually shows signs of life at the start, before settling down for the batsmen, and then becoming a turning minefield on the final day.

The pitch for this match — one that can seal a historic series win for Sri Lanka — is reportedly drier than usual, which will favour Mathews's men.

For Australia, Steve O'Keefe is out with an injury and is replaced by fellow spinner Jon Holland. The loss of O'Keefe is a significant blow to the Australians as they are now short one extra batsman, while paceman Nuwan Pradeep is under a fitness cloud for the hosts.

The second Test match of the three-match series between Sri Lanka and Australia gets underway on August 4 in Galle.