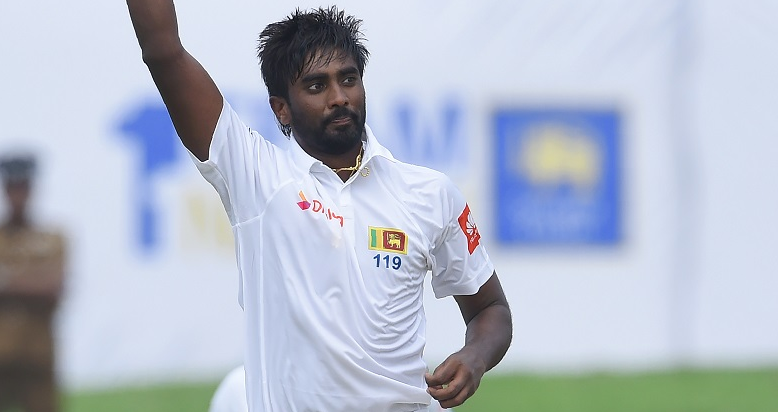 Nuwan Pradeep was impressive but the rest of Sri Lanka's bowlers, including stand-in skipper Rangana Herath, could not contain India's batsmen. © AFP

India are in a formidable position after scoring 399/3 at the end of the first day's play of the opening Test of the three-match series in Galle.

After winning the toss and batting first, the visitors lost Abhinav Mukund in the eighth over for just 12, caught by wicket-keeper Niroshan Dickwella off Nuwan Pradeep, but Shikhar Dhawan (190) and Cheteshwar Pujara (144 not out) combined for a mammoth 253-run partnership for the third wicket.

Dhawan, who was dropped on 31 by Asela Gunaratne, batted with aggression throughout his innings and eventually fell 10 runs short of a double-ton.

Pujara then continued India's run-fest, adding 113 for the fourth wicket with Ajinkya Rahane (39 not out).

The three wickets to fall in the day went to paceman Nuwan Pradeep, who finished with 3-64 in 18 overs.

With teams scoring over 300 in their first innings in Tests played at Galle statistically favoured to win, Sri Lanka now face an uphill battle to save the match after conceding nearly 400 runs and taking only three wickets in the day's play,

To add to their woes, they will be one batsman short as Gunaratne was ruled out of the rest of the match with a fracture in his left thumb.