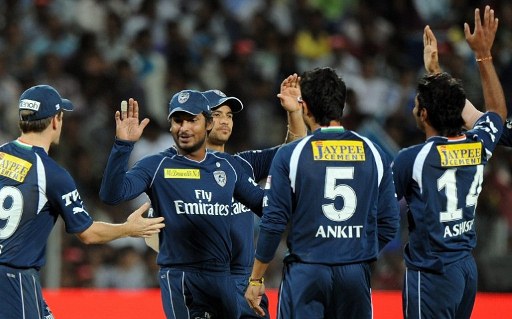 Calling him the "find of the season" for the Deccan Chargers, their captain Sangakkara heaped praise on the 21-year-old.

"Sangakkara gives a lot of confidence and his one piece of advice this season has been to try and turn the ball as much as I can and not overuse the arm ball. It has worked well for me," Sharma told reporters.

Although the spinner does not have many wickets against his name, he has shown keenness to listen to the senior pros in the side and work to the team plan which Sangakkara appreciates.

"[Sharma] is one bowler who understands his role to perfection. He is capable of bowling at all stages of the game and has understood those situations well. He is definitely the find of the season for us," Sangakkara said.

The young Indian spinner was thankful to Sangakkara and coach Darren Lehmenn for helping him rise from obscurity.

As a team, however, the Chargers are languishing at the bottom of the points table and appear to have little hope of progressing to the next stages.