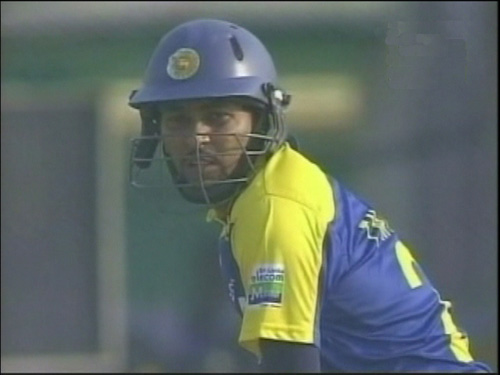 Tillakaratne Dilshan kicked off 2010 with yet another ODI hundred as Sri Lanka notched up first points in the Tri-Nation Tournament played in Bangladesh.

The dashing opening batsman, who was also adjudged man of the match, scored his sixth ODI century when he made 104 against Bangladesh, in the opening match of the tournament. Dilshan’s 104 came in 122 balls with 12 boundaries. This is his fourth score of 100 or more in his last ten innings.

Dilshan however is uncertain for the next game against India as he appeared to have injured his hamstring. At the presentation ceremony Kumar Sangakkara conceded that he wasn’t certain how serious an injury it was.

Sri Lanka reached Bangladesh’s total of 260 for the loss of just 3 wickets.