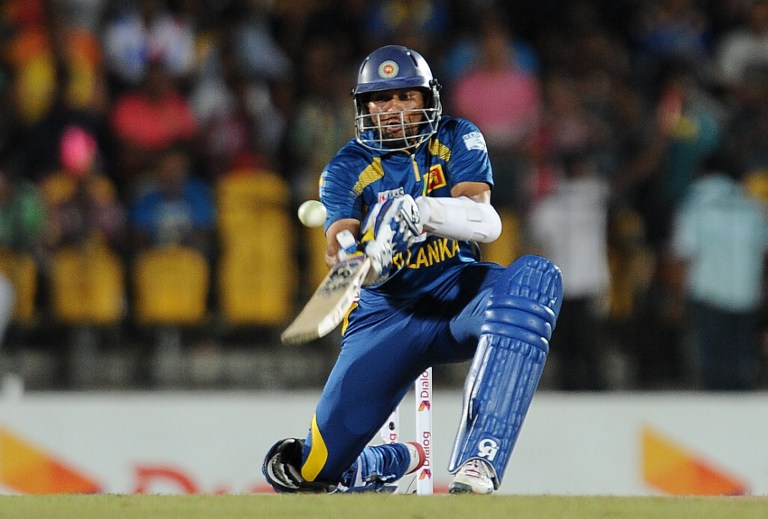 Tillakaratne Dilshan brought up his century with his trademark dilscoop at Lord’s. © AFP

Tillakaratne Dilshan notched up his first century for Surrey with 115 against Middlesex in a Royal London One-Day Cup fixture at Lord’s in London on Thursday.

Dilshan bought up his century with a different variation of his trademark dilscoop, flicking the ball over his right shoulder and over the keeper’s head for a boundary.

The right-hander, who has retired from Test cricket, flew to England after the ODI series at home against South Africa last month to rejoin his English county after a stint with them earlier in the season.