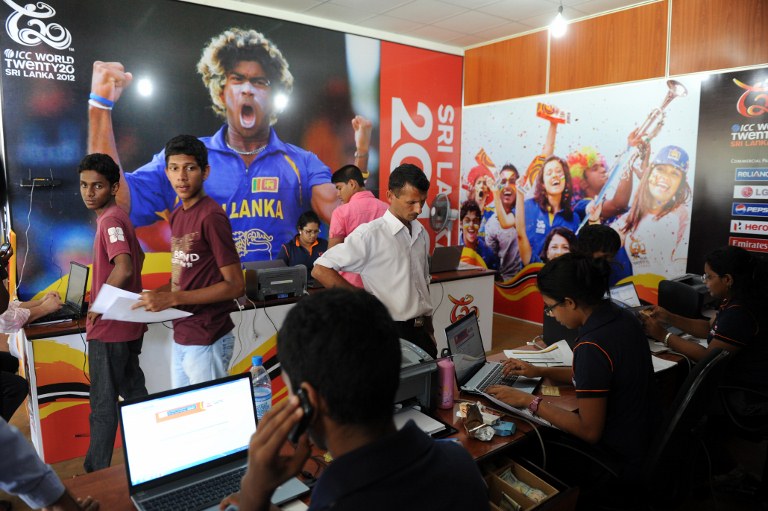 Tickets for the finals of the ICC World Twenty20 2012 in Sri Lanka have been sold out, according to the International Cricket Council (ICC).

Tickets for other matches in the tournament are still available and the third phase of tickets opened up for sales to the public on the August 1, 2012.

“We are excited to announce that tickets to a much anticipated finals have been sold out with the opening of the third phase of ticket sales," tournament director Upekha Nell said in a statement released by the ICC.

"I urge all cricket fans to purchase their tickets, as they are selling out fast and be a part of this exciting sporting event."

Other fast sellers include the super eight matches in Pallekele and the two semi-finals at the R Premadasa Stadium in Colombo.

Fans that have match receipts for the tournament can collect their tickets from August 10 onwards.

Tickets purchased in the previous two phases can be collected from August 10 to the start of the tournament at the ICC World Twenty20 box offices in Colombo, Hambantota and Pallekele – regardless of where the purchase was made. Any remaining unsold tickets for matches taking place on a particular day will also be sold at respective box office locations.

To redeem the tickets, buyers must produce their national ID card or a valid passport and receipt confirming their purchase of the match ticket.

Ticket purchasers are urged to collect their tickets in advance of the match day. Any remaining unsold tickets for matches taking place on that day at that venue will also be sold at respective box offices.

Entry for the ICC World Twenty20 women’s group matches in Galle is free. The women’s semi-finals and final are included on the same tickets as the men’s games.

The women’s and men’s finals will be played at the R Premadasa Stadium on October 7.

The World Twenty20 2012 takes place from September 18 to October 7 in Sri Lanka.