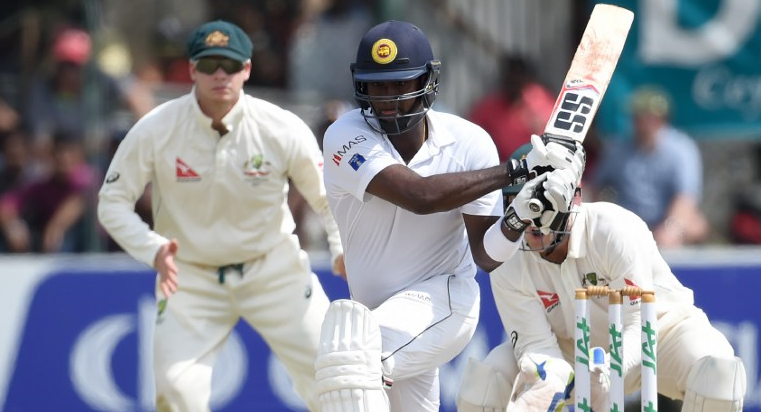 Sri Lanka are on the verge of a rare whitewash against No.1 ranked Australia. © AFP

When the third and final Test in Colombo unfolds on Saturday, Sri Lanka will look to achieve what very few have previously done before them — a series whitewash of the Australian cricket team.

Sri Lanka have only whitewashed a team on three previous occasions in a Test series consisting of three matches, two of which were against Zimbabwe and Bangladesh, while the other was against a flagging West Indies in 2001, with Chaminda Vaas at his peak. Sri Lanka themselves were whitewashed 3-0 by Australia on their previous tour to the Antipodes in 2012.

Not even the most optimistic Sri Lankan supporter could have anticipated the potential for a three-nil series sweep going into the final Test for their side, but that is what awaits Sri Lanka. They completed a turnaround 106-run win in the opening Test at Pallekele, before putting in a dominant performance through the spinners in the second Test for a 229-run win in Galle.

Vishwa Fernando, after taking a wicket with his second ball in Test cricket, was only needed for two further overs on his debut in the second Test, and he may make way for a fully fit and recovered Suranga Lakmal.

The SCC pitch is expected to be different from the tame featherbed of years gone by, with a dry and turning wicket prepared for the final Test.

The SSC pitch ahead of the third Test starting tomorrow… #SLvAUS pic.twitter.com/uJuzUsyj8V

Dimuth Karunaratne is under pressure after recording scores of 5,0,0 and 7 this series. His opening partner Kaushal Silva has fared little better, scoring 4,7,5 and 2. Roshen Silva could come into the side, should a change be made to the opening partnership.

For Australia, the entire batting order has suffered: their team's average this series per batsman is 16.32. And much has been made of Australia's recent poor record in Asia, where they have won just one Test there this decade (against Sri Lanka in 2011), gone down 4-0 in India in 2012, and lost 2-0 in the UAE against Pakistan. In India they averaged 25.89, and in the UAE 25.65.

Whilst Aussie batsmen may have plumbed to new depths, the picture from a bowling perspective looks altogether better, thanks to the efforts of Mitchell Starc who has claimed 17 wickets in this series. His match bag of 11-94 in the second Test is the best for an Australian paceman in Asian conditions since the 1970s.

The visitors will likely look to play the same combination of spinners and an unchanged bowling lineup, whilst Shaun Marsh may join his younger brother Mitchell Marsh in the lineup as a batsman. Shaun Marsh debuted against Sri Lanka in the aforementioned 2011 series, and scored 141, 81 and 18 in his three innings.

Australia will be desperately hoping that they can keep the spin-trio of Rangana Herath, Dilruwan Perera and Lakshan Sandakan at bay on a dry Colombo deck, whilst Sri Lanka will now believe they have a chance to complete something previously thought impossible.

Going into this series, Steve Smith had enjoyed the fruits of success against the likes of India, New Zealand and the West Indies at home, as well as New Zealand away, and was yet to lose a Test match as captain of Australia after 11 matches, but he now faces potential humiliation from the world's seventh-ranked side.

Angelo Mathews, by contrast, can write his name into the history books with a whitewash, joining Mahela Jayawardene and Sanath Jayasuriya as the only previous Sri Lankan captains to achieve the feat. With the previous three occasions coming against significantly weaker teams, no doubt this victory, should it materialise, would indeed be the sweetest whitewash of all.