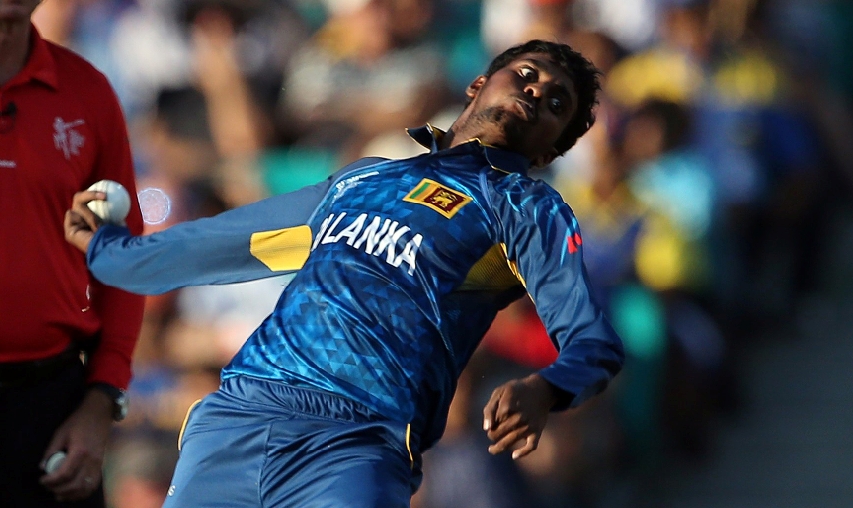 The 22-year-old was reported during Sri Lanka's Test series against India earlier this month. © Reuters

The International Cricket Council (ICC) today announced that Sri Lanka's Tharindu Kaushal is permitted to continue to bowl his stock delivery (off-break) in international cricket, while his doosra delivery has been banned following an independent assessment of his action, which took place at the Sri Ramachandra University in Chennai earlier this month.

The ICC has instructed that he should no longer bowl the doosra in international cricket.

"Of the 18 doosras Kaushal delivered to a satisfactory standard during his test, nine were found to be within the 15-degree threshold," ESPNCricinfo reported.

"Elbow extension for his doosra was measured at as low as 12 degrees, with the highest measurements coming in at 21 degrees, for two separate balls.

"The average flexion for his doosra was 16 degrees. In the 18 offbreaks Kaushal delivered, his elbow did not exceed nine degrees of extension."

Under the ICC regulations for the review of bowlers reported with suspected illegal bowling actions, Kaushal will run the risk of being cited again if he bowls the doosra in an international match.

To assist the umpires, they have been provided with images and video footage of the 22-year-old's bowling action.