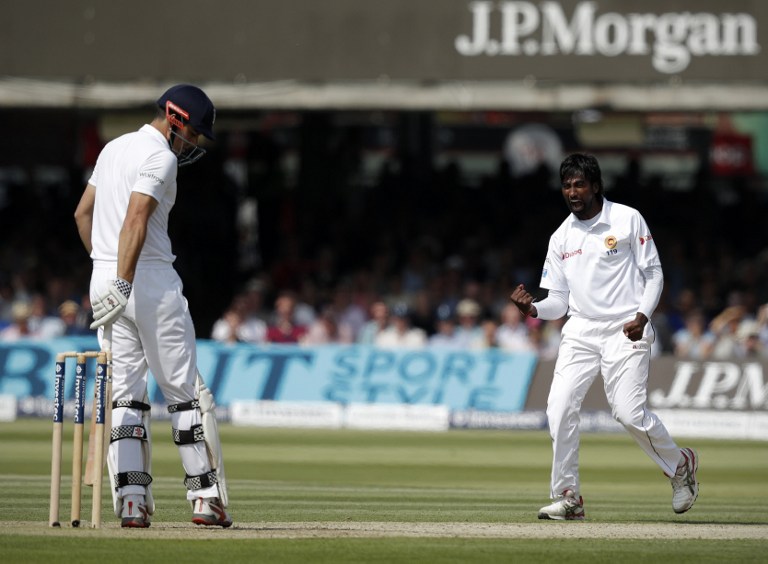 When Dhammika Prasad and Dushmantha Chameera are injured, who are you going to call? Apparently, it's Nuwan Pradeep. He was the stand-out player of the tour for Sri Lanka by some distance, regardless of what the official accolades might say.  He shouldered the responsibility of leading the attack admirably. Pradeep moved the old and new ball in the air and off the pitch. At times, he was a little inconsistent but he troubled all the English batsmen throughout the series. This has the markings of a break-out series for Pradeep. As long as he does not breakdown.

Did the knock to his head prior to the tour change Kaushal Silva? A little too soon for that joke? In any case, the opener made giant strides towards fitting in a missing piece of the puzzle that had been absent in his game: positive intent. A solid blocker transformed into a batsman who actively sought out singles, lived dangerously on the edge of run-outs, and left the ball like he meant business. More of the same in the next series, please.

The little man wheeled away as usual but perhaps was not as incisive as Angelo Mathews would have liked. However, Rangana Herath is used more as a defensive, holding bowler on tours outside of the sub-continent, and perhaps this is a mistake. In any case, 'Kurunegala Lara' put some of his batting friends to shame on this tour. Yes, Herath's batting was better than the top order's. You read that right. Sri Lanka will be hoping that the veteran produces the same with the ball, in what could be his last tango with Test cricket at home against the Aussies.

Arise, prince Kusal. He is the newest pretender to the throne of the number-three. Kusal Mendis is interesting because he has a naturally aggressive style, and that is an important attribute for the one-drop batsman to have. He does try to hit too many balls through mid-on and mid-wicket though, which could open him up to be a Shane Watson-esque LBW candidate. He has now flirted with the supporters. He needs to hold our hand and make us feel giddy on the Australia tour.

Neither opener stuck around long in the first three innings, but Silva and Dimuth Karunaratne are learning and improving. It would be frustrating if this partnership is broken by the selectors. Karunaratne's returns on this tour were not great. He was often found caught on the crease, playing needlessly at deliveries angling across his body. As the pitches got flatter with each Test, he did improve. It is critical he learns to survive longer.

He supported Pradeep ably. Shaminda Eranga's lack of wickets is concerning, but many chances were grassed off him and so his figures do not do his bowling justice. Eranga consistently moved the ball at decent speeds. Sri Lankan fans have always had a suspicion over his action, but now those fears are very real. His work on this tour could amount to nought if he is banned.

Is he a Test keeper? No. Is he a top order batsman? Maybe. Dinesh Chandimal's century at Durham provided proof that there is still something to Chandimal, but it's mining his talent for consistent scores that remains elusive. With Kusal Perera back, he should be kept far away from the gloves as possible. You could understand a keeper dropping a chance, but not even getting a glove on it? The Saw movie franchise was less gory.

Suranga Lakmal dutifully supported Pradeep and Eranga. He took a blinder on the fence too. He struggled though with hitting a good length and line consistently. As both Prasad and Chameera are out for some time due to injuries, the next tours present Lakmals' best chance to forward his case to the selectors and coach Graham Ford about why he should be picked more regularly.

Much of Sri Lanka's fortunes was reliant on Angelo Mathews's success as a leader and a batsman on this tour. Sadly, he failed on both counts. Strange slip positions, deep fielders to tail-enders, the lack of any strategy, all meant that Mathews continued to grow his reputation as a conservative negative-minded leader. It is hard to look back on this tour and recall any batting performance of his of any substance. The bad tours and bad days are racking up for Mathews. With Australia and South Africa on the horizon, he needs to ensure Sri Lanka have a better second half to 2016.

Lahiru Thirimanne, in his five innings, exhibited why he should not have been picked for this tour. Thirimanne needs to be Seal Team Six-ed out of the national team so he can go home, score more centuries in domestic cricket, sort out his head, technique and scoring options with some expert coaches. How many times does this experiment need to blow up in the faces of the powers that be before they realise their lab coats are on fire and their eyebrows have fallen off? Please, Sanath — do your duty.

It has always been obvious that Dushmantha Chameera's body of twigs was held together by some low-grade cello-tape. But did he have to fall apart after that first Test? In his single appearance, he was too short and relied too much on that length for wickets. He is a fast learner, and when he got it up there he did worry the opposition and their tail. Hopefully, he heals fast too.

Cricket is hard on the mind. But Kusal Perera probably did not bargain the wringer he had to go through in the last few months. In his cameo with the whites back on at Lord's, he showed why he is going to be one of Sri Lanka's biggest assets in the next five years. His lower-order aggressive streak is not one many Sri Lankan Test sides have had been privy to since Jayasuriya moved up the order in the 90s. There is so much promise and excitement around Perera, that is hard not to worry about jinxing it all.

It is hard to make much of a player who was picked for his batting and scored a duck and 4 on debut. He did show glimpses of how he might be useful on tours to England and perhaps New Zealand, with his floated up away-swingers. Sri Lanka are in the market for a batting all-rounder, but Shanka fell far too short of that mark before he was dropped for the second Test. Also, could his medium-pacers work in Asia?

It seems Sri Lanka are overloaded with keepers and potential number-sevens in their squad. Siriwardana is another who is in the same vein as Perera, but needs a tighter technique to survive in places like England. His left-arm spin has potential.