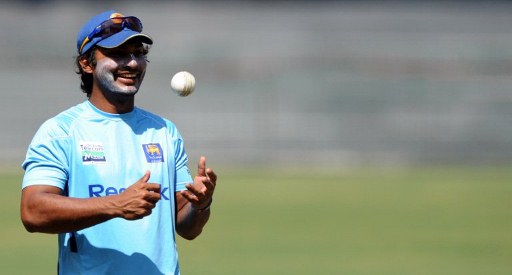 Another feather in Kumar Sangakkara’s cap
By Staff Writers | April 11, 2012

Kumar Sangakkara has been named as Wisden’s Leading Cricketer in the World 2011 and one of Wisden’s Five Cricketers of the Year for 2012 in the Wisden Cricketers’ Almanack 2012 edition.

He is the first player to receive the double-accolade since Wisden began awarding the Leading Cricketer in the World prize in 2004.

Wisden, often referred to as the ‘Bible of Cricket’, is a popular reference book that has been published annually since 1864.

According to Wisden, Sangakkara’s match-saving hundred at the Rose Bowl last year, which saw him make his first Test century on English soil, earned him a spot in their Five Cricketers of the Year list alongside Tim Bresnan, Glen Chapple, Alastair Cook and Alan Richardson.

The Five Cricketers of the Year for 2012 were chosen by Wisden’s editor Lawrence Booth. It is a tradition that, Wisden says, "dates back to 1889, making this the oldest individual award in cricket."

Unlike the Leading Cricketer in the World award, a player can only be named once as one of Wisden’s Five Cricketers of the Year.