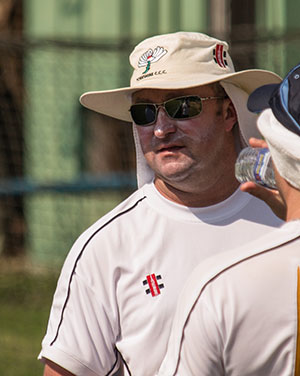 Farbrace was Sri Lanka’s assistant coach under head coach Trevor Bayliss from 2007 to 2009.

He has been contracted for a two-year period beginning January 1, 2014.

The 46-year-old will join the Sri Lankan team in the UAE next month.

Farbrace was in the Sri Lankan team bus when it was attacked by gunmen in Pakistan in 2009 and sustained injuries. He remained with Sri Lanka after the attack in March until his contract expired in August that year.

After his stint with Sri Lanka, he became Kent’s director of cricket and later moved on to coach Yorkshire’s second XI team.

After announcing that it had short-listed little-known Mark Davis and Marvan Atapattu for the position last month, SLC officials were forced to turn to Farbrace, as he possessed more accomplished coaching credentials and had shown interest in the vacancy.

There was little interest amongst top coaches when SLC invited applicants for the position in September, with the most high-profile candidate Steve Rixon, who is Australia’s assistant-coach, even claiming that the remuneration offered by SLC was "embarrassing".

Rixon told ESPNCricinfo that the unceremonious and unprofessional sacking of Ford’s predecessor Geoff Marsh by SLC, for which SLC paid heavily and settled with Marsh for a large sum, was a key factor in turning down the offer.

Farbrace was reportedly one of the early applicants for the job, but had withdrawn his application for unknown reasons and was not short-listed by SLC. It is understood that upon being unable to find a suitable candidate, SLC had appealed to Farbrace to reconsider.