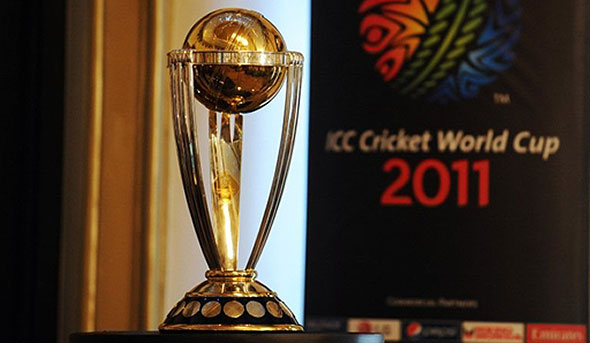 Sri Lanka made a mark when they courageously chased a target of 328 in 1975 at The Oval in England against strong Australia, and fell short by just 52-runs. Sri Lanka’s Duleep Mendis and Sunil Wettimuny hooked and cut belligerently against the pace battery of Jeff Thomson and Dennis Lillee. Both batsmen had to eventually retire after they were struck by Thomson deliveries, and the Sri Lankans – still referred to as Ceylon by some English newspapers – gained a lot of admirers in England.

Then came a giant-killing effort against India in the 1979 World Cup. Anura Tennekoon’s side created the first-ever upset of the Cricket World Cups in Manchester. Wettimuny, Roy Dias and Mendis starred for the Sri Lankans with half-centuries, while D. S. de Silva and Tony Opatha picked up three wickets apiece, as Sri Lanka went onto win by 47 runs.

By 1983, the team had gained some exposure following their entry into Test cricket and while Sri Lanka beat New Zealand in 1983, they went down to Pakistan in a thrilling contest. The performances of Ashantha de Mel was the highlight for the Sri Lankans, as he picked up five-wicket hauls in both games, against the Kiwis and Pakistan, to become the only Sri Lankan to claim two five-wicket hauls in World Cup matches so far. And he also ended the tournament as the second highest wicket-taker with 17 scalps, just one behind India’s Roger Binny, who played two more games than the Sri Lankan.

The 1987 tournament, co-hosted by India and Pakistan, was a disaster for Sri Lanka as they failed to win any of their six games in it. Duleep Mendis, the captain of that side, recently told The Island newspaper that there was lots of infighting in that Sri Lankan side.

More international exposure had made Sri Lanka tougher by the time Australia and New Zealand hosted the event in 1992; they won two games, against Zimbabwe and South Africa, and came very close to beating eventual champions Pakistan before going down in the final over.

Before the 1996 World Cup, Sri Lanka had just won four matches in five tournaments, but the 1996 competition, co-hosted by them, India and Pakistan, changed the fortunes of the islanders as they remained unbeaten and went onto win the title.

Their defence of the World Cup, however, was disappointing as they failed to make it to the second round in England. And when the team returned home, there were many changes in the side. Both skipper Arjuna Ranatunga and Aravinda de Silva were sacked, together with a host of other senior players.

Although the Sri Lankans reached the finals of the 2003 World Cup, a major drawback was the team losing to Kenya in Nairobi in a first round match. Although the team progressed up to the semi-finals, had Sri Lanka won their game against Kenya they wouldn’t have met Australia in the semi and could have made it to another World Cup final. Chaminda Vaas’ hat-trick off the game’s first three balls against Bangladesh in Pietermaritzburg is one of the great memories of the tournament.

The team, under Mahela Jayawardene, did well to reach the finals of the 2007 World Cup in the West Indies but were beaten by Australia, who completed their third successive World Cup win in Barbados. Lasith Malinga’s four wickets in four balls against South Africa in a losing cause was one of the highlights of the tournament, together with Jayawardene’s century in the semi-final against New Zealand in Jamaica.

Leading up to the 2011 competition, there’s a bit of optimism and the country’s cricket supporters will be hoping that Kumar Sangakkara’s side will repeat what was done by Arjuna Ranatunga’s heroic 1996 World Champion team.